Last week I responded to an op-ed written by Jason Steinhauer, who in recent years has been a passionate advocate for encouraging academic historians and others to embrace the role of History Communicator. Steinhauer recently assumed leadership at the Albert Lepage Center for History in the Public Interest at Villanova University. As I understand it, Steinhauer wants departments to teach and for those already in the field to learn how to effectively engage the general public and share their knowledge through social media and other platforms.

In my response to Steinhauer’s op-ed I took issue with the assumption that academic historians and other professionals need to assume the role of gatekeeper based on their areas of expertise and credentials. The problem is that social media precludes the existence of anything resembling gatekeepers.

That is not to say that I don’t believe that academic historians should not embrace opportunities to share their knowledge of history with the general public through social media. They should and, of course, they are doing just that, but historians need to come to terms with the fact that they do not occupy a privileged place among the cacophony of voices that make up the Internet.

From what I have seen thus far it looks like Steinhauer is focused on the communication of historical knowledge with the general public. As important as this is, however, I want to suggest that academic historians can also play a role in communicating the process behind the books, articles, and essays. Most people have very little understanding of how professional historians carry out their research or that there is a process or set of skills at all.

History Communicators can leverage social media not simply to describe the process that goes into writing history, but by encouraging their audience to take part themselves. I was reminded of this last night in response to a Facebook update that focused on my ongoing book project about the myth of the Black Confederate soldier and the history of Confederate camp slaves. I spent the day thinking about why Confederate officers outfitted their slaves in military uniforms. 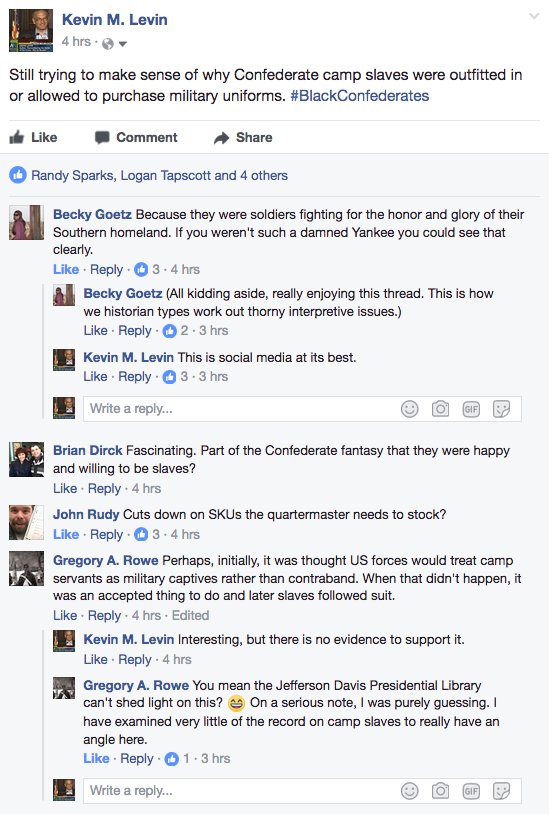 Historical research and writing is driven by questions. Questions often evolve as evidence is collected, but historians are often faced with multiple and competing interpretations of the available evidence. You see this emerge almost immediately in this thread. 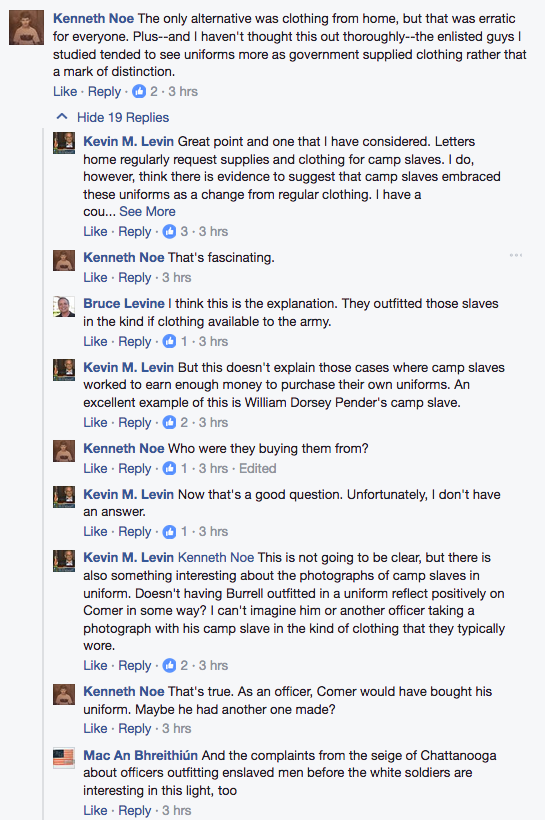 One of the nice things about introducing the process of researching and writing history on social media is that it brings together people from very different backgrounds, who can offer a wide range of perspective to the question at hand and all on a level playing field.

Questions quickly lead to new questions, which in turn lead to suggestions to look outside the discipline all together for additional perspective. New evidence comes to light from individuals, who may not be focused directly on the subject at hand. Most importantly, the thread reveals that doing history is often a collaborative effort. The perspective of any one historian is always limited and can always benefit from outside assistance. 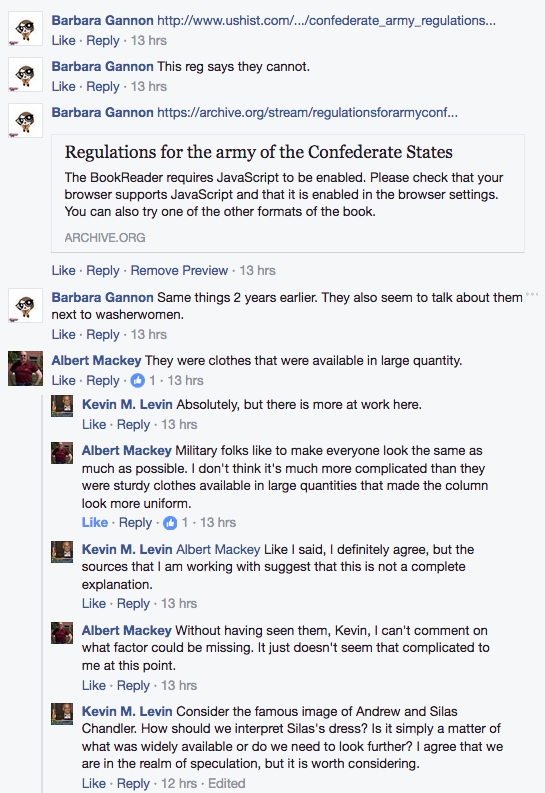 The black Confederate narrative is one of the most pervasive myths found on the Internet today. It is a narrative that is highly politicized and it is one that sends people of varying beliefs scurrying for their respective camps. What I would like to see as part of an agenda for History Communicators is an emphasis on peeling back the layers to expose some of the mechanics of the process and some of the challenges involved.

I could easily write short essay or op-ed about the subject to educate the public, which I have done, but there is also something of value in trying to defuse a controversial subject like this by posing what appears to be a simple question that quickly reveals an underlying complexity.

Leave a Reply to fundrumsCancel reply

Next post: “There Were NO Racial Problems in the South”