Historians For a Better Future Add Context to Confederate Monument

The group Historians for a Better Future has come up with an interesting approach to adding context to North Carolina’s Confederate monument to women in Raleigh. Their banners feature quotes from historians, including Lonnie Bunch III, Karen Cox, Eric Foner, and Manisha Sinha. 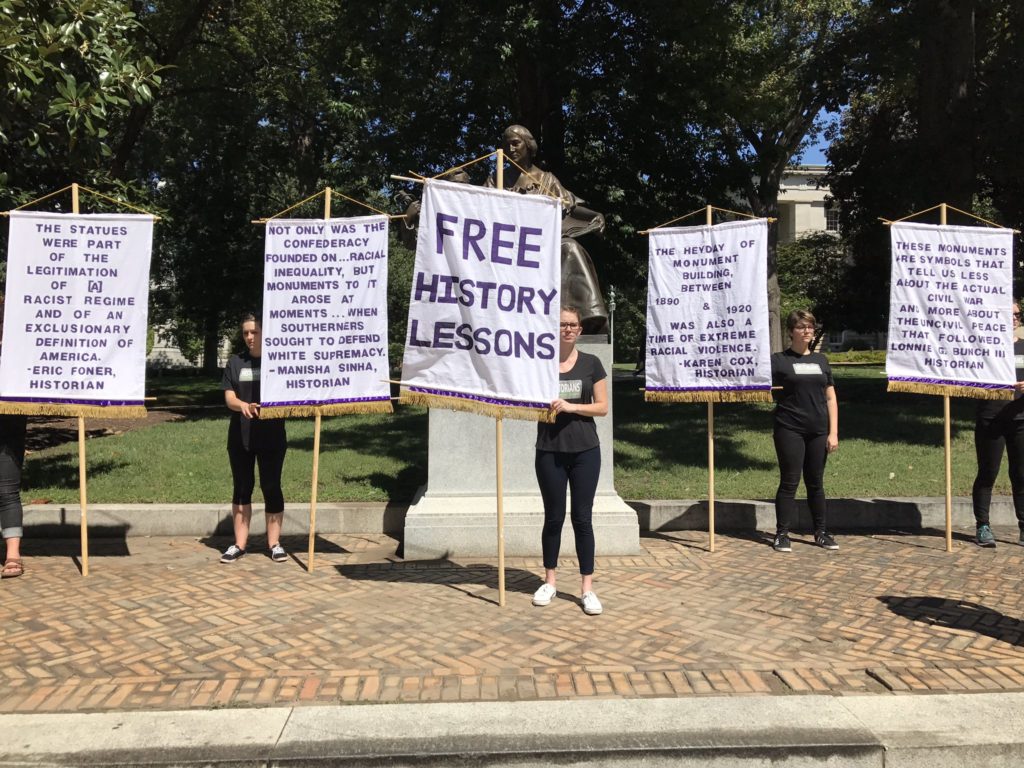 Historians for a Better Future in Raleigh, NC

The banners also resemble those carried by women campaigning for the right to vote in front of the White House during WWI. You can follow the organization at their Facebook page.