Yesterday the people of Dallas, Texas removed the Robert E. Lee monument from a local park, where it had stood since 1936. That now makes four cities (New Orleans, Baltimore) and Austin – if you include the university – that have removed monuments to Robert E. Lee. 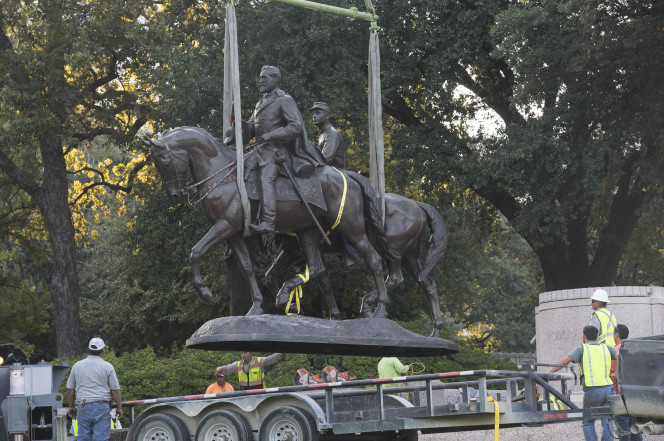 This latest removal suggests that we are far from finished with Confederate monument removals. Of course, these are decisions that will continue to be made in local communities, by the very people who must decide whether these monuments still represent their shared values, but the overall impact is crystal clear.

Even if this most recent wave of removals ceases, it is clear that what we have witnessed is a broad-based rejection of what the Confederacy and the men enshrined in these monuments and memorials always embodied:

Our new government is founded upon exactly the opposite idea; its foundations are laid, its corner- stone rests, upon the great truth that the negro is not equal to the white man; that slavery subordination to the superior race is his natural and normal condition. This, our new government, is the first, in the history of the world, based upon this great physical, philosophical, and moral truth. – Alexander Stephens, March 21, 1861

Our public spaces ought to be places where the men and women memorialized represent the highest values of its residents. We should at least be able to agree that the people who fought to make Stephens’s “great truth” a reality are not deserving of such an honor.