In 1969 the Boston Globe [October 26, 1969] featured a story about Charles Evers – the brother of the slain civil rights leader Medgar Evers – who had recently been elected mayor of Fayette, Mississippi. The story focused on the many challenges faced by the city’s first black elected leader since Reconstruction within a broader county still dominated by white elected officials. 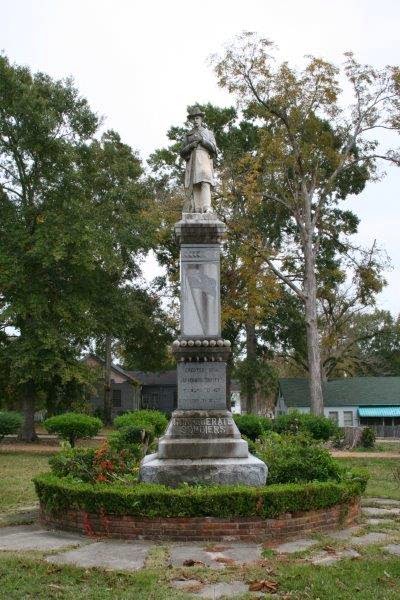 One of the more interesting examples included is Evers’s attempt to place a small monument or marker honoring his brother Medgar. A few months into his terms, Charles placed the monument in the local park only to learn that it would have to be moved owing to the fact that it was owned by the county.

The monument sat near a much taller statue commemorating the men of Jefferson County who died in the Civil War. But the white county officials raised a howl and pointed out that they had authority because the park turned out to be county property.

Evers moved the monument to a spot in front of city hall. ‘If they were going to be that grubby and evil,’ he said, ‘I wasn’t going to get into that kind of fight.’

But he is still seething about the incident. ‘It’s a personal thing with me,’ he said. And he has come up with a plan. If blacks can win the county posts in 1971, he intends to move Medgar’s monument back and add three others.

Evers stood in the streets beside the park and described the plan. ‘There’ll be Bobby Kennedy in one corner, Martin Luther King in another, Medgar in another and John Kennedy in another. I’m already looking into having busts made.

‘And that Confederate statue is going to stay and it will look down upon a new day.’ [my emphasis]

I find this story interesting for a number of reasons. First, it demonstrates that African Americans have understood the political import of Confederate monuments throughout their history. They have always played a role in limiting black political action and as a reminder of white supremacy. This may have been even more apparent to Evers having been elected in a city with a majority black population.

If properly quoted it looks as if Evers considered the possibility of removing the Confederate monument, but chose to leave it in place. Evers apparently believed that the additions to the park’s commemorative landscape would be much more powerful alongside the Confederate soldier. Only then, and with all four monuments in conversation with one another, would they reflect the transition to what Evers describes as “a new day.”

Previous post: Confederate Monument in Georgia to be Removed