The Desecration of a Confederate Cemetery

Those of you following me on Twitter know that I am in the middle of a 5-day civil rights journey with 13 high school students. We started off in Atlanta on Sunday and have since spent time in Montgomery and Selma. Today we travel to Birmingham to focus specifically on the state’s criminal justice system.

We are also exploring historical sites that help us to better understand the current battle over Civil War memory and race. While in Selma yesterday we spent time at the Confederate cemetery to look at the monument to Nathan Bedford Forrest and its relationship to increased black political action as well as the focus on civil rights history in the community. 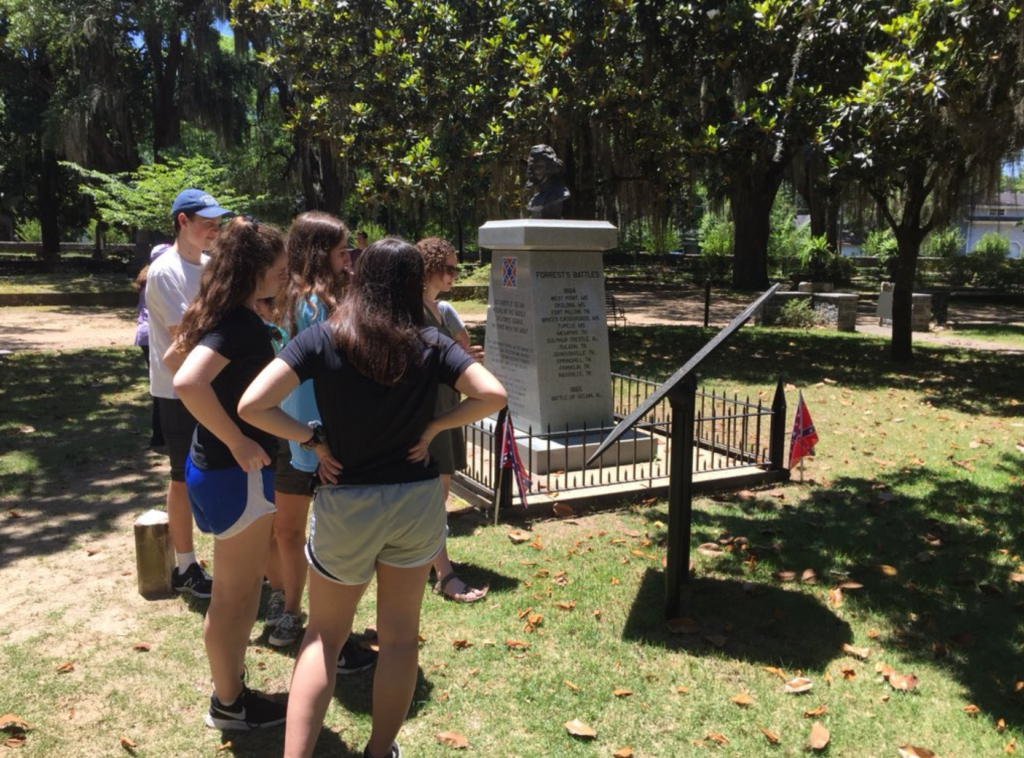 The students were very interested in the site and wanted to understand why of all the people they could have honored, the Friends of Forrest chose a slave trader, and Ku Klux Klan leader. Thankfully, the organization makes it very clear why they chose to place a monument to Forrest in the center of a Confederate cemetery through a number of markers. Reading it clearly reveals that it has nothing to do with history and commemorating the dead and everything to do with racial hatred.

I wanted the group to understand the cemetery as a site of mourning in the postwar period. The monument dedicated in 1879 and the graves themselves offer a number of windows into the scale of death in the South, the work of the Ladies Memorial Association and the importance of remembrance for the white community. I so wanted the group to be able to empathize and understand this history apart from the current controversy. 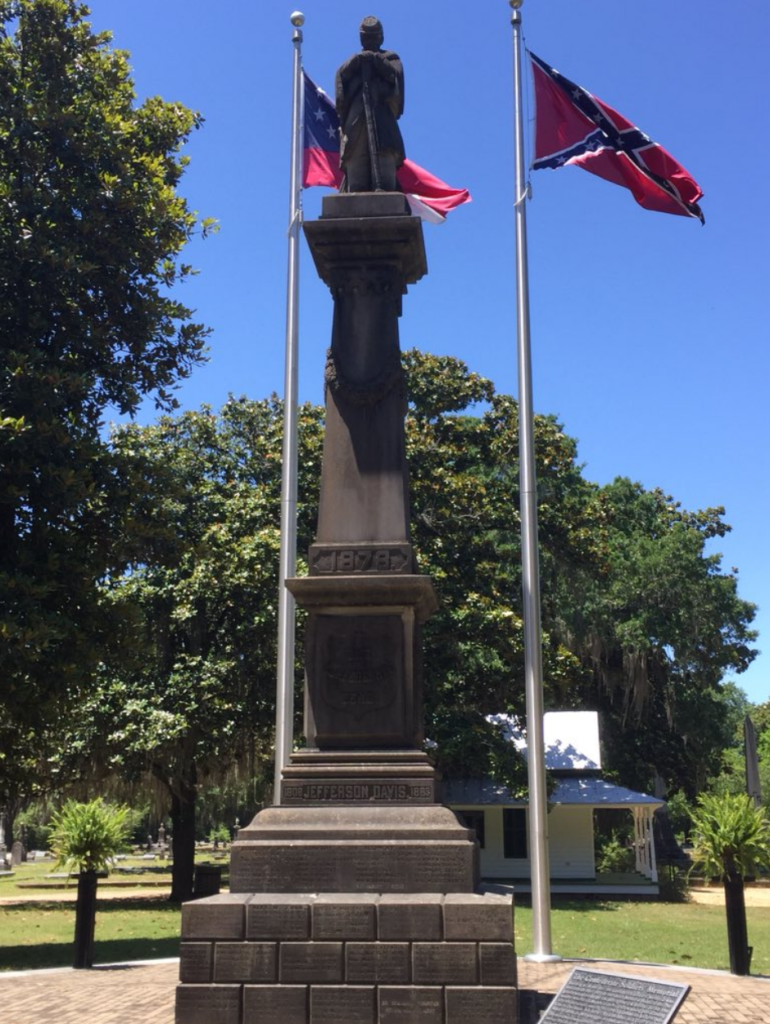 That is impossible in its current state. The Friends of Forrest have not only distorted the very history they claim to cherish, they have desecrated the site itself with their historical markers and monument to Forrest. It reflects the views of a reactionary and downright racist group of people who will never move beyond the Lost Cause or accept the reality of black political action and even black citizenship.

They can’t even claim to be Americans as Confederate veterans themselves did during the postwar period. Visitors will see the Stars and Bars and Confederate battle flag flying over the Confederate statue in the center of the cemetery. Rather than fly a United States flag on a nearby pole they chose to fly another Confederate flag.

I am usually able to keep my focus on history when leading tours through Confederate cemeteries, but it was impossible not to vocalize my frustration and disgust with the site with the group.

I am also certain that Confederate veterans themselves would be disgusted with how the Friends of Forrest have chosen to commemorate and honor their memory.