How to Discuss *Searching for Black Confederates*

Start by reading it.

I am happy to see that the book is shipping to those of you who pre-ordered it online. Though the official publication date is September 9, I expect that you will see it on bookshelves beforehand.

It is encouraging to see people excited about finally having the opportunity to read and discuss it. 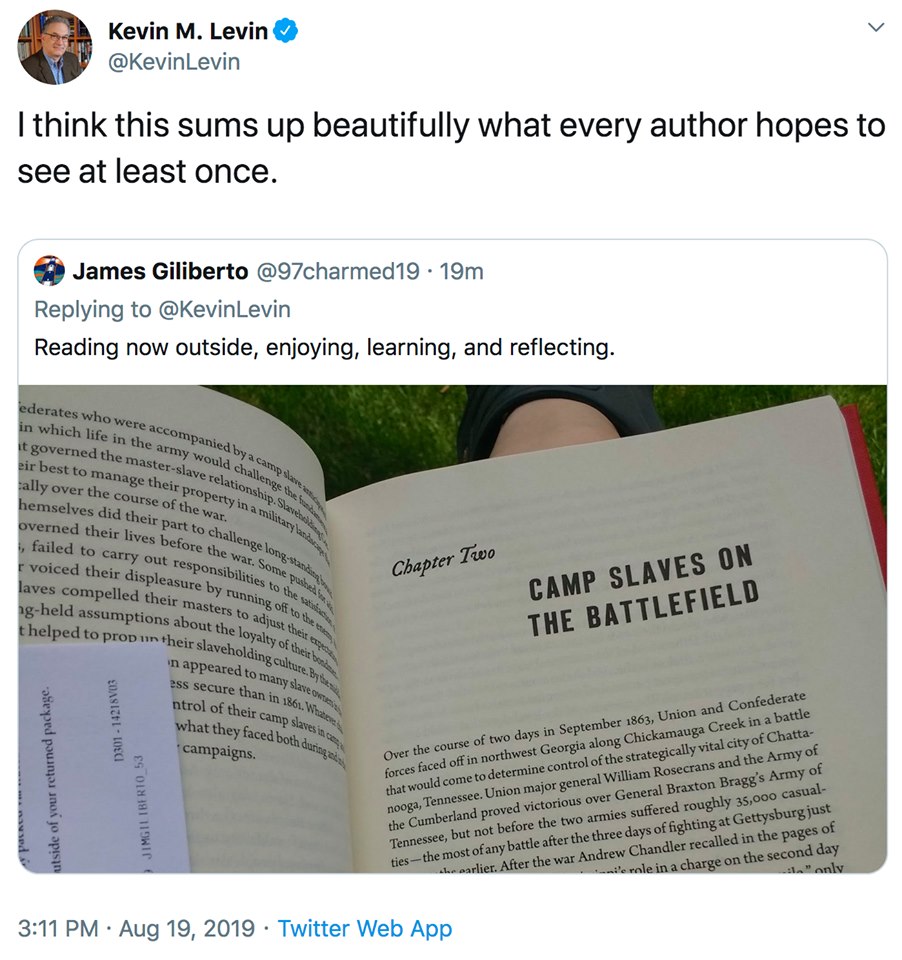 My concern is that for whatever reasons some people are getting ahead of themselves. I am not surprised that the members of Civil War Talk are now deep in discussion following a posted review by Pat Young, who actually read the book. I am incredibly encouraged by the interest and I would love to take part in a serious discussion. Unfortunately, very few people have bothered to read the book.

Most people can’t get beyond the narrow question of whether slaves and free blacks fought as soldiers in the Confederate army. This is the wrong question to ask. I begin by exploring how enslaved labor was utilized by the Confederacy. It assumes that real Confederates understood the need for black labor and by the tail end of the war the possibility that they may need to be recruited into the army as soldiers.

From there I explore how real former Confederates and others remembered the presence of slaves and free blacks during the war. I bring to bear a great deal of evidence from newspapers, veterans reunions, monument dedications, etc. Again, we need to begin by taking seriously how the very people who experienced the war and engaged with former slaves after the war framed this issue. Only on the rarest of occasions did I find references to slaves as soldiers. You don’t build an interpretation on such accounts.

In short, you can’t read the archival record from the turn of the twentieth century and not acknowledge a wide discrepancy between how they remembered the involvement of African Americans in the Confederate war effort and today.

And please stop referring to John Stauffer’s article at The Root. It is problematic on a number of levels, least of which is his failure to explain how he arrived at a number claiming somewhere between 3-6,000 black soldiers. I responded to it in detail here and you can read about Stauffer in the book as well. This would have been a revelation to anyone involved in the slave enlistment debate in 1864-65.

I’ve said before that I do not believe that my book is the last word on this subject. In fact, it is my hope that it leads to additional research. I still have a number of questions that I was unable to answer during the course of research and writing.

Go ahead and disagree with specific claims. Help me and others to better understand what I believe to be a really important subject, but at least have the discussion in good faith.