A Week of Confederate Monument Talks

As you might imagine it’s been a busy summer on the Confederate monuments front. Rarely does a week go by that I am not contacted by the media to comment for a story. It certainly takes time from other projects, but it’s nice to be able to help out and share my interest in this complex subject.

I’ve also had the opportunity to speak on the topic of monuments and related subjects in a number of places. Last week was particularly busy.

It started off with an interview on the topic of the battle of the Crater and the Black Confederate myth with the National Museum of Civil War Medicine.

Thursday was devoted entirely to Ford’s Theatre. I delivered a presentation on the history of Confederate monuments for 50 history educators as part of their teacher development program. Later that afternoon I had the pleasure of interviewing former New Orleans Mayor Mitch Landrieu and Washington Post columnist Eugene Robinson on the Confederate monument controversy. It was a wide ranging interview that is well worth watching. Thanks to my friends at Ford’s Theatre for including me.

Finally, on Friday evening I joined a panel discussion about monuments and public spaces that was organized by the George Tyler Moore Center for the Study of the Civil War at Shepherd University. It’s well worth listening to, especially for the thoughts of the other participants. 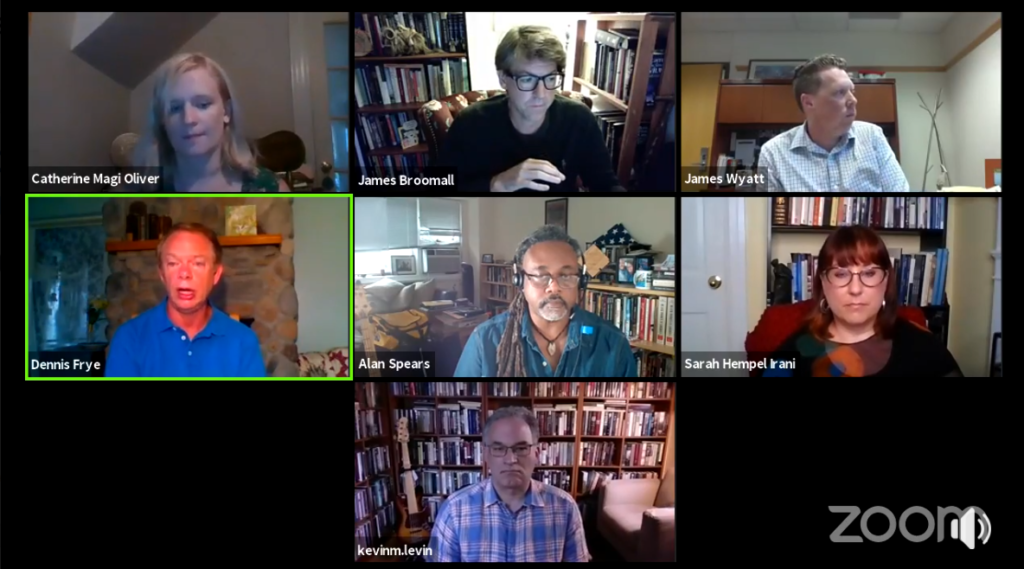 I do want to take a second to clarify my position on one particular issue. Early on Alan Spears suggested that there is a difference between the location of Confederate monuments in public spaces such as towns and cities and on our national battlefields. He spoke eloquently about the need for National Park Service historians and rangers to confront some of the tough questions that these monuments pose for visitors. Dennis Frye also spoke in favor of this position.

First, I am in complete agreement that Confederate monuments at places like Gettysburg deserve to be taken seriously and that park personnel can and should find ways to engage visitors. That said, I do not think that the questions these monuments pose or the controversy surrounding them is any different from a monument in the center of a town or court house square.

They evoke the full range of current debates about race, white supremacy, and economic inequality.

Regardless of commitment, you will never be able to defuse the emotion and pain that they evoke for many. In other words, we shouldn’t proceed to trying to turn something that was intended to be venerated into a classroom as if it is as easy as flipping a switch.

One final point. I have full faith that NPS interpreters are capable of leading these discussions and developing programs around this subject, but it is going to take some serious reflection and time to get it right. Perhaps another workshop/symposium along the lines of the 2001 “Rally on the High Ground” initiative is in order or the kind of reflection that led to the NPS sesquicentennial narrative, “From Civil War to Civil Rights” narrative.

Next post: Bring Me to Your Classroom This School Year