A couple weeks ago I was interviewed for a story that was published yesterday by The Virginian-Pilot about former Confederates who supported African Americans during the postwar period. I focused on William Mahone, who was the subject of my first book. The reporter was interested in whether his postwar career as the leader of the Readjuster Party complicates his legacy and whether it offers a reason to keep his name on a stretch of Virginia highway and maintain his monument located on the Crater battlefield in Petersburg. 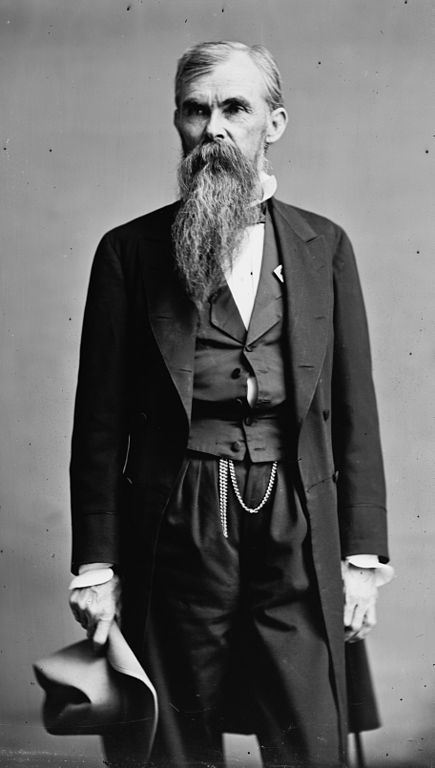 As I pointed out during the interview, Mahone led what I believe is the most successful bi-racial coalition of the nineteenth-century—a coalition that benefited Black Virginians in countless ways. Not surprisingly, the reporter wanted to know if Mahone’s postwar career signaled a shift in his racial outlook. Did he come to embrace racial equality. This question also came up in conversation with an NPR reporter in Virginia who is working on a follow-up story on this subject.

In both cases I was extremely careful in how I framed my response, at times almost to the point of wanting to avoid the question altogether. Both reporters were not about to let me off the hook so easily. They wanted a story of redemption. In Mahone’s case it’s an incredibly seductive narrative. On July 30, 1864 Mahone led a successful Confederate counterattack at the Crater that included the massacre of upwards of 200 United States Colored Troops only to lead a bi-racial political party that transformed Virginia twenty years later.

I’ve done my best over the years to try to piece together Mahone’s racial outlook, but the problem is that the historical record doesn’t warrant anything conclusive. It would be easy to give in to the redemptive narrative. It certainly would make for a good book, but historians must hold fast to the available historical record.

What we can say is that Mahone saw a political opportunity in aligning himself with Black Virginians. He recognized that Black and white Virginians could find common ground around a host of issues such as public schools and other public projects.

What I tried to emphasize during the interviews is that, ultimately, the question of what Mahone believed on the racial front is not nearly as important as what he did. The real lesson that the Readjusters offer is that Jim Crow segregation and disfranchisement was not inevitable after the Civil War. There were moments of bi-racial cooperation that took hold in Virginia and elsewhere that could have continued, but for the specter of white supremacy that all too often broke whatever bonds had been formed.

The relevant issue regarding Mahone is not whether he should be honored or commemorated, but the lessons that can be learned from a closer look at his political victories in a society plagued by racism—lessons that his detractors all but ensured would be erased from the pages of history for nearly a century.

Next post: Have Historians Stopped Trying to Explain Confederate Defeat?