Robert E. Lee and Us

If there is one book to recommend as an introduction to the ongoing debate about Civil War memory and Confederate monuments it has to be Ty Seidule’s Robert E. Lee and Me: A Southerner’s Reckoning With the Myth of the Lost Cause.

The book is part memoir, part historical analysis. “For decades,” Seidule writes, “I believed the Confederates and Lee were romantic warriors for a doomed but noble cause.” Seidule explores his relationship with the Lost Cause and deification of Lee and other Confederate leaders from a young southern boy in Virginia and Georgia to his education at Washington & Lee University and a military career that included a position in the history department at West Point.

Glowing reviews of the book have been published in The New York Times, The Washington Post, and countless other newspapers and magazines. The book’s high ranking at Amazon suggests that it has done extremely well since its publication in January. Seidule was recently appointed to the commission that will examine military bases named after Confederate military commanders.

We first met Seidule back in 2015 in a short video about the cause of the Civil War that was produced by Prager University. In it he clearly lays explains how slavery led to secession and war in 1861.

Nothing in the video is particularly controversial, but it quickly went viral, generating millions of views and heated debate. Here was a man in military uniform not only laying out what every reputable historian recognizes as the standard history, but at the end offered the following: “As a soldier I am proud that the United States army, my army, defeated the Confederates. In its finest hour, soldiers, wearing this blue uniform, almost two hundred thousand of them, former slaves themselves, destroyed chattel slavery, freed 4 million men, women, and children from human bondage and saved the United States of America.” 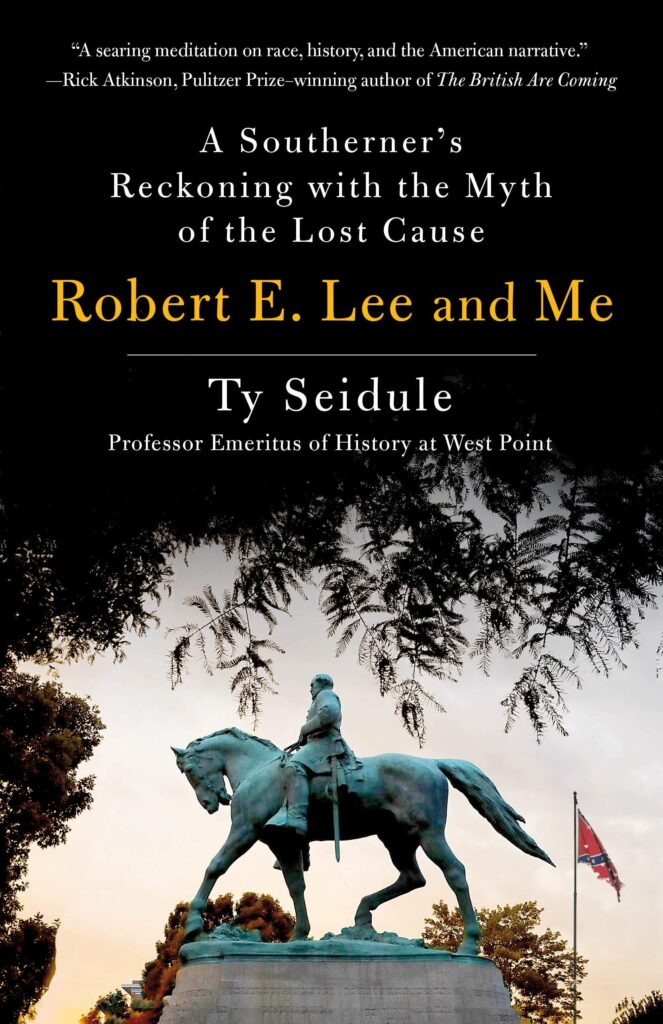 I’ve read numerous comments on social media over the past few weeks that speak to this book’s importance. Many people identify with aspects of Seidule’s personal story, especially the influence of the Lost Cause at an early age. We not only see the difficulty in placing that narrative in check, but along the way are exposed to the history of lynching and segregation—a history that was intentionally distorted and/or ignored altogether for the purposes of white solidarity around the Lost Cause myth.

The most painful part of this journey for Seidule seems to have been the realization that the history he continued to embrace through part of his adulthood helped to prop up and justify a culture of white supremacy, even at his beloved West Point.

What I like most of all about this book is that it gives people—who are likely to resist—permission to step back and question what they were taught about the Civil War at an early age. Once again, having a former military officer leading this charge moves this discussion beyond Left v. Right. I don’t know anything about Seidule’s political convictions, but he doesn’t strike me as part of some Radical Left conspiracy that some people believe is committed to erasing the past.

The personal journey that Seidule shares in these pages will benefit communities across the country that are struggling with their own questions about the future of Confederate monuments. This is a book that can make a difference.