When It Comes To a Bust of Nathan Bedford Forrest, ‘The Cruelty Was the Point.’

Yesterday the Tennessee Historical Commission voted 25-1 to relocate a bust of Nathan Bedford Forrest from inside the State Capitol to the Tennessee State Museum. It’s a decision that many people believed would never come. There is, however, very little to celebrate. 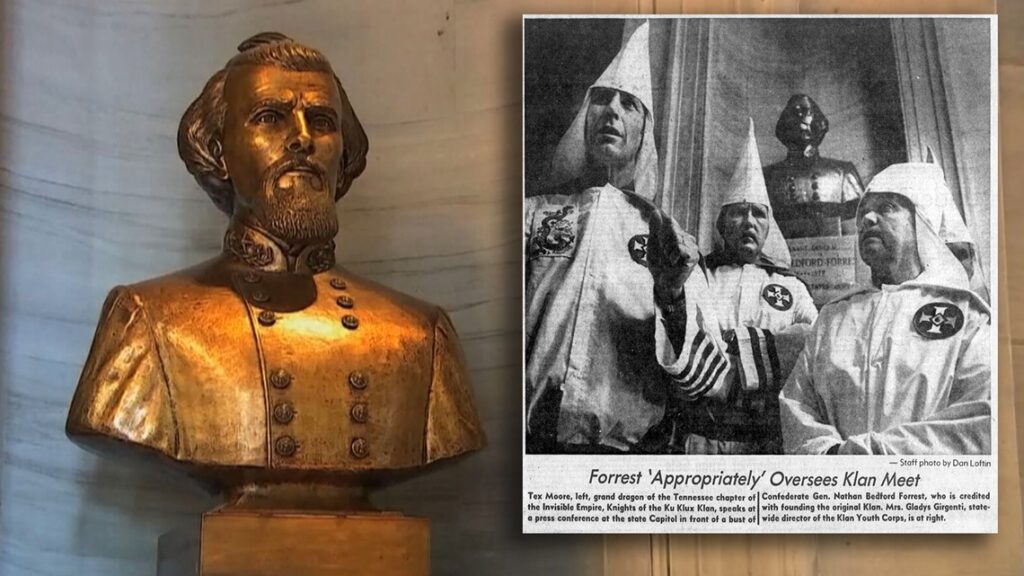 In contrast with the vast majority of Confederate monuments that have been debated and removed over the past few years, the Forrest bust was not unveiled in 1890, 1910, or even in 1930. It was dedicated in 1978. We can’t look at the dedication of the Forrest as the work of earlier generations whose values are fundamentally different from our own. This is not a case of righting the wrong of a generation far removed from our own.

A 1978 dedication in the world of Confederate monuments is barely history at all. Douglas Henry, a Tennessee state senator and member of the Sons of Confederate Veterans, first proposed adding a bust of Forrest to the State Capitol in 1973. Its passage must be understood within the broader context of the civil rights era. Despite the emphasis on his military career in Henry’s proposal, Forrest’s participation in the slave trade before the war, his role in the massacre of United States Colored Troops at Fort Pillow in April 1864, and his participation in the Ku Klux Klan was well known.

Just five years after the assassination of Martin Luther King, Jr., the Forrest bust was another form of “Massive Resistance” against the gains made by African Americans in the 1950s and 1960s.

As Adam Serwer is fond of saying, ‘The cruelty was the point.’ The eventual removal of the Forrest bust should not be accompanied by any fanfare from public officials. It should be removed quietly and with a formal apology from  Governor Bill Lee to the people of Tennessee.

Next post: Robert Gould Shaw and the Biographer’s Challenge