Over at American Civil War Gaming and Reading, Brett Schulte worries that “academia and other amateur historians sometimes look down their noses at anyone who plays wargames.” Brett sent out an email to a few people in the know to gauge their views on the situation. It’s difficult to know what the concern is as no specific examples are cited for clarification. That said I have no reason to dispute the perception. As someone with absolutely no experience with these games I have no opinion on this one way or the other. My only experience with electronic games of any kind was when I ruled over the arcades on the boardwalk in Atlantic City, NJ. Nobody could touch me on games like Defender and Galaga. 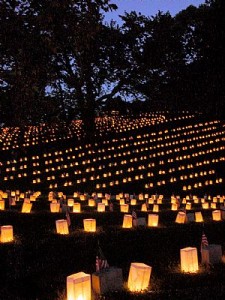 The problem I have with the responses to Brett’s email is that they failed to explain how, as one respondent noted, these games are a “valid path to historical (battlefield) knowledge.” Again, I have no reason to dispute the claim, but nothing that was stated explained just how such simulations lead to anything revealing about the past –SHOW, DON’T TELL. Some of the responses were just as dismissive of historians, including park service workers as Brett claims for his buddies. Perhaps the approach should be to engage groups outside the traditional gaming community that may find simulations to be useful. I think Brett’s blog would make for an ideal venue to showcase the relevancy of wargames. Perhaps Brett could suggest a game for beginners that are not too involved but sufficiently enticing.
As I think more about these games, a few questions arise:

Can these simulations do justice to the confusion of the battlefield? I still remember a tour of Antietam with Ted Alexander where he made it a point to remind me that within a short time the smoke from the cannon and rifles covered much of the field. Few soldiers could see beyond a few feet in front.How do these games handle the role of luck on the battlefield?

I noticed that many of the maps are divided into discrete hexagons. To what extent does this fail to capture the way in which those in command perceived the terrain and the movement of troops?

I have other questions, but that’s enough for now.