Why the Civil War Still Matters 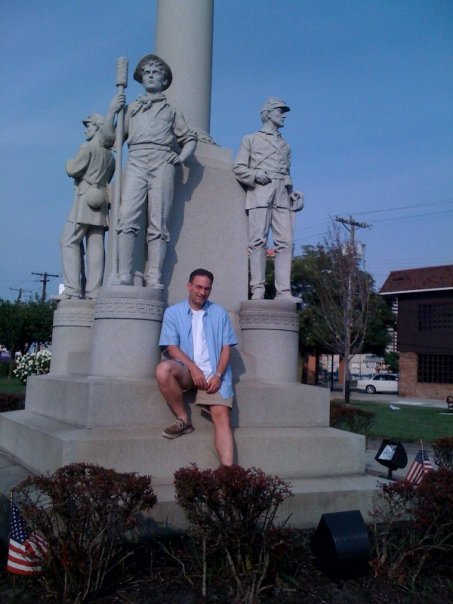 Every year the city of Charlottesville welcomes the Virginia Festival of the Book, which is a week-long series of events related to the art of writing and the joy of reading. For the past two years my school has hosted a speaking event involving one of our faculty members. This year I’ve been invited to give the talk. My working title is “Why the Civil War Still Matters.” At this point I am sketching out some ideas that highlight both my interest in the experiences of those who lived through the war as well as how Americans have chosen to remember the war.

My main point is simple: The Civil War still matters because as a nation we have yet to take it seriously. We’ve turned the war into a celebration of our collective imagination that emphasizes values that are deemed to be safe by white Americans. We choose to celebrate military leaders without coming to terms with the fundamental social changes that their actions wrought. And we reflect on the minutia of the battlefield completely divorced from their causes and their consequences. As the story goes, battlefields are places where white Americans sacrificed for values of equal worth–no blame, no guilt, no right or wrong. I am struck by the extent to which many people will go to defend their well defined turf. Messiness is rarely tolerated in these circles. Safer to debate whether J.E.B. Stuart was responsible for Confederate defeat at Gettysburg than the controversy surrounding the recruitment of black soldiers or any other issue related to race. In one sense our fascination with the war is as much a function of a sincere interest in the war years as it is–though unstated by most–with the first generation of histories that emphasized Gettysburg, Lee, the common soldier, and the battlefield. We’ve allowed that initial postwar generation, with a set political and racial agenda, to define the terms of our continued interest in the war.

The real battlefield, as Frederick Douglass knew all too well, was between the competing definitions of freedom and national self-definition. The Civil War didn’t simply give us R.E. Lee, Stonewall Jackson, Nathan Bedford Forrest, Joshual L. Chamberlain, Elisha Hunt Rhodes, and Ulysses S. Grant with no strings attached. We are acting irresponsibly if we turn these men into overly simplistic forms of entertainment. We have to stop thinking of the Civil War as entertainment. Their lives revolved and were interwoven with larger issues having to do with issues of national identity. On one level our obsession with martial themes is evidence of our continued resistance to honestly deal with the incredibly complex problems and questions that the Civil War forced on this nation. It was one of those moments of clarification that however fleeting could have been embraced. To the extent that Americans embraced this opportunity to live up to its ideals during Reconstruction also reveals its limitations through its long-term consequences of Jim Crow and the need for a second Civil Rights Movement. Even as late as the Civil War Centennial Celebrations which took place during the height of the Civil Rights Movement organizers chose to celebrate a sanitized version of the war. What ashame as another opportunity to address more serious issues was missed.

Yes, I ramble on a bit here, but you will be subjected to moments of rambling for the next few weeks. Perhaps this is an ineffective way to organize my ideas for this talk, but let’s wait and see. I’ve noticed that of few of my previous posts have addressed subthemes that I will probably include in my talk.

Next post: Why The Civil War Matters: Additional Thoughts