Religion And The Civil War 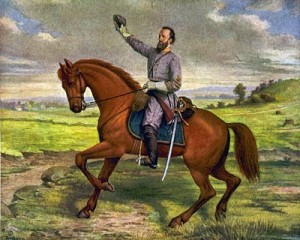 First let me apologize for the continual change to this blog’s appearance.  For some reason I get bored with the look of it and find a need to explore other possibilities.  I’m sure I was an interior decorator in a past life.

The other day I posted some concerns about so-called Christian studies of the Civil War.  As many of you now know it led to an interesting dialog with a fellow blogger who challenged some of the assumptions that lay behind the post.  I wish the focus would have been more on the specific points made, but that was not to be.  Anyway, I thought I would offer a short reading list for those of you who are interested in historical studies that actually take religion seriously.

A great place to start is the edited collection by Randall M. Miller, Harry S. Stout, and Charles R. Wilson titled Religion and the American Civil War (Oxford University Press, 1998) and Mark Noll’s short, but thorough The Civil War As A Theological Crisis (UNC Press, 2006).  Harry Stout’s Upon The Altar of The Nation: A Moral History of the Civil War (Viking, 2006) gives the reader a chance to think about the war as a moral crisis brought about in part by conflicting theological assumptions.  I plan to use part of this book next year in my Civil War elective.  Though it is hard going the new book by Eugene and Elizabeth-Fox Genovese, titled The Mind of the Master Class: History and Faith in the Southern Slaveholder’s Worldview (Cambridge University Press, 2006) provides the most thorough analysis of the role of religion among wealthy white Southerners.  Although I have not read it I’ve heard very good things about Michael O’Brien’s Conjectures of Order: Intellectual Life and the South, 1810-1860 (University of North Carolina Press, 2003).

On religion and Civil War soldiers there is no better place to start than Steven Woodworth’s While God Is Marching On: The Religious World of Civil War Soldiers (University of Kansas Press, 2003).  One of the best soldier diaries is Diary of a Christian Soldier: Rufus Kinsley and the Civil War (Cambridge University Press, 2003.

There are numerous studies that I believe address the fundamental interpretive mistakes contained in many so-called Christian biographies/studies of the Civil War.  The best place to start is Charles R. Wilson’s Baptized in Blood: The Religion of the Lost Cause, 1865-1920 (University of Georgia Press, 1981).  Get through that and take a look at David Goldfield’s Still Fighting the Civil War: The American South and Southern History (LSU Press, 2004) and Daniel Stowell’s Rebuilding Zion: The Religious Reconstruction of the South, 1863-1877 (Oxford University Press, 2005).  Finally there is Edward J. Blum’s Reforging the White Republic: Race, Religion, and American Nationalism, 1865-1898 (LSU Press, 2005).

This list doesn’t even constitute the tip of the iceberg.  Feel free to offer any additional suggestions.  I did not attempt to be inclusive; many of these studies offer broad interpretations of the Civil War and religion.  The titles in the last section should give you some  idea of why Americans continue to interpret Confederate generals such as Lee, Jackson, and Stuart as religious icons that almost appear to stand outside of history entirely.  Happy reading!