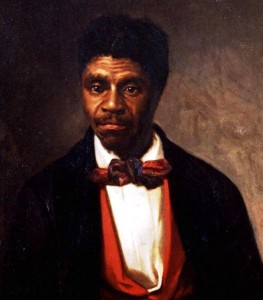 Some of you may be aware that historian George Tindall died last month at age 85.  Tindall spent his career at the University of North Carolina at Chapel Hill.  The Raleigh News & Observer recently included an article that included a few comments by Cliopatria founder Ralph Luker:

Tindall was regarded, along with the late C. Vann Woodward (a UNC-CH graduate) and John Hope Franklin of Duke University, as part of the holy trinity of 20th-century Southern historians.  “He, Franklin and Vann Woodward were the sources of a renaissance of Southern history that we are still benefiting from,” said Ralph Luker, a retired historian living in Atlanta.

It is not an exaggeration to say that Tindall, Woodward and Franklin took Southern history out of the magnolia-scented Lost Cause legends of the Civil War and administered the smelling salts of reality.  “All three insisted that Southern history had to be written in black and white,” [Ralph] Luker said. “Prior to their generation, Southern history had been written as a history of white people. That produced such a badly skewed and romantic vision of the South that we can look back on it with amusement and sadness.”

Tindall, a native of Greenville, S.C., taught at UNC-Chapel Hill for 32 years before retiring in 1990. He was an elegant gentleman with a bow tie and a wry sense of humor who would sometimes ride his bicycle to class. The historians trained by Tindall are now the pillars of distinguished history departments across the South.  In his personal life, Tindall was ahead of his time. In the 1950s he made sure that dinners were held in hotels where white and black historians could eat together, and he sent his children to the first integrated day-care center in Chapel Hill.

His books are living legacies. His most famous, “The Emergence of the New South, 1913-1945,” is an 807-page masterpiece published in 1967. It will likely remain the authoritative history of an era that saw the South pull itself out of rural poverty and wrestle with the great questions of race.

I have to admit that while I have a copy of The Emergence of the New South I’ve never actually read more than a few short sections.  A few days ago a post of mine which referenced a short essay by Mark Grimsley on recent interpretations of Sherman’s March led to a spirited discussion with a reader.  The reader’s comments implied that these revisions were authored by Northern historians who fail to sympathize with the suffering, destruction, rape, and pillage that Sherman’s hordes brought to Georgia.   Today Mark was kind enough to weigh in on the discussion by noting that he is a white southerner from North Carolina.  George Tindall grew up in Greenville, South Carolina and both the late C. Vann Woodward and Ed Ayers grew up in the South.  I could go on and on.

The important point to remember is that those most responsible for challenging the Lost Cause stories of the Civil War and the “Old South” are a product of the South.