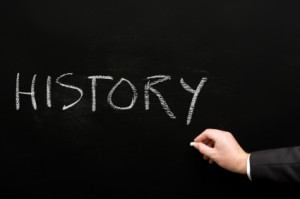 Recent posts by Brooks Simpson, Eric Wittenberg, and J. David Petruzzi have got me thinking about this distinction between professional and amateur historians.  I may be wrong about this, but the Civil War may be the only sub-field of historical studies where this is an issue.  Three posts on this topic in a week suggests that something is in the air.  I actually don’t have much to say, but I wanted to take this opportunity to address both Eric’s question of another advanced degree and the above-mentioned distinction.  First, I agree entirely with Brooks’s carving of the terrain:

If the distinction does any work at all it is in allowing us to make practical distinctions rather than generalizations about the quality of the work produced by those on either side.  I’ve always considered myself to be an amateur/non-academic historian and a professional teacher.  I am first and foremost a high school history teacher.  I am paid and rewarded in this capacity and it provides me with a great deal of what goes into my own understanding of self.  I can imagine giving up my writing and research, but find it almost impossible to imagine myself outside the field of education.

I decided to pursue an M.A. degree in history at the University of Richmond in 2002 after I failed to gain entrance into a well-regarded PhD program.   My ego was a bit bruised and I am even willing to admit that it was over the superficial issue of having the “PhD” next to my name.  At that point I had already published a few book reviews in the Washington Times and North and South magazine along with a lengthy article in a local historical society journal.  Once I came out of my self-induced funk, however, I realized that the issue was not the rank but the additional opportunity that an advanced degree might offer me in terms of interaction and publishing.  I pursued the M.A. degree to get to a certain place where I could interact with people who share my specific interests and who actively pursue answers to specific questions that I care about.  If it turned out that an M.A. was not sufficient for my needs I might have gone back and taken the plunge.  As it turned out the M.A has allowed me to function in a way that I find rewarding on an intellectual level.

Whether my friends and other acquaintances that I’ve come into contact with through publishing and conferences consider me to be an academic/amateur or professional historian doesn’t matter much to me at all.  I too hope that my published work stands or falls on the merits of the research and the quality of the argument.