When Did We Start Writing the History of Virginia? 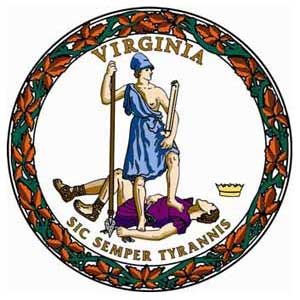 So, how long have we been writing Virginia history?  Well, it depends on how we interpret the history of the history of Virginia.  Tarter’s article is part historiography and part memory study as it moves through the major trends and landmark studies and commemorations throughout Virginia’s rich history.  Tarter argues that until relatively recently the overall master narrative was quite narrow in scope and used to solidify both a political hierarchy and a progressive story of expanding freedom.  Tarter reminds the reader “that Virginia’s long history has on the whole been written in the voices of English-speaking white men and has preserved their actions and perspectives at the expense of the actions and perspectives of women, African Americans, and Virginia’s Indians.”  The important point here in contrast to this unified voice is that from the beginning Virginia was defined by “opposing cultures” and “intimate interactions of persons with differing perspectives and interests.”

Changes in interpretation did indeed take place, but they continued to serve the direct interests of the author’s social, political, and economic class.  For instance, Robert Beverly who authored The History and Present State of Virginia (1705) deals with Bacon’s Rebellion by praising Governor Berkeley and minimizes the complexity of conditions that brought about the uprising in 1676.  One can only make sense of this interpretation if it is understood that Beverly was a colonial bureaucrat, planter, legal scholar, and Virginia politician.  In his History of Virginia, which was published in the early nineteenth-century interpretation of Bacon’s Rebellion John D. Burk interprets the event as a precursor to the American Revolution.  Interpretive change took place, but only as a way to justify an agenda rather than as an attempt to better understand Bacon’s Rebellion.

Along the way Tarter introduces a bit of literary flair by labeling competing interpretations that could have introduced minority voices, but for the reasons stated above never had a chance of being introduced.  So for instance an interpretation that focused on the experiences of the first slaves is given the title The Inferno or Gulag Archipelago.

Not surprisingly, Tarter spends a great deal on memory and the Civil War.  He touches on the role historians played in shaping the Lost Cause story at the turn of the twentieth century as well as various commemorations that attracted large crowds and provided ideal forums to “educate” the general public.  Tarter also mentions the 1930s state highway historical markers program.  Those markers reflect the master narrative of the time and betray serious gaps.  The battlefield at Manassas boasted 21 markers and the ground that made up the Seven Days Battles counted 21.  On the other hand there were no signs marking Nat Turner’s 1831 slave uprising or anything that acknowledged the Indian or black experience at Jamestown. The centrality of the war is clear to anyone who studies American history; however, Tarter offers a cautionary tale in the way we think and remember that event:

People who are not historians continue to this very day to emphasize the centrality of the Civil War military experience in ways that the residents of and the visitors to, Virginia cannot miss.  Historical markers are no longer the products of tourism promoters but are placed at the request of interested individuals and groups who are willing to pay for them; there are more new markers that treat Civil War events than any other topic in Virginia’s history.  Television and movie producers, visitors to battlefields, re-enactors, and others constantly remind everybody of the Civil War in ways that almost no one reminds anybody of any other important episode of Virginia’s history.  All of those people are interpreters of the past, and for the most part their interpretation of the past is that of the “Moonlight and Magnolias” variety, even if the battlefield re-enactors strive for authenticity in the not-so-glamorous aspect of camp life.  The klieg lights remain focused  brightly and so closely on the often-romanticized Civil War battlefields that other events in Virginia’s history are easily forgotten and other essentially important aspects of the Civil War period-such as the causes and consequences of the war, the effect it had on non-combatants, the realization of freedom for the enslaved, and the postwar hardships of the widows and orphans and of the men with empty sleeves- get neglected and forgotten.  In that neglecting and forgetting, the interpretation of the historical event gets badly warped.  Depictions of the Civil War in cinema and on television, in popular literature, and on the re-enactors grounds bear little resemblance to the version presented in the excellent modern historical scholarship on that especially important episode in Virginia’s history (p. 31)

While it can be argued that the Civil War was Virginia’s central event the tendency on the part of the general public is to reduce all categories to those years.  Confederate tends to be equated with the South when in fact not all of the south aligned itself with the Confederacy; in addition it ignores significant pockets of Unionist support.  More importantly, there is a tendency to equate Southern with Confederate as if 4 million black Americans simply disappeared from the scene entirely.  If amnesia is not working its interpretive magic than there is the move to somehow include as many black Southerners within the Confederate embrace.

What is so striking about Tarter’s analysis is the realization that the first challenges to the master narrative happened so recently.  Tarter cites the publication of The Negro in Virginia which was overseen by the Negro Unit of the Works Projects Administration’s Virginia Writer’s Project in 1940.  This was the first narrative to address black Virginians.  The first exhibit to concentrate on Virginia’s women did not open until 1984.  More importantly, recent studies have not had as their primary goal the maintenance of a political or social hierarchy.  While we can debate the philosophical assumptions surrounding the idea of historical objectivity it seems clear that modern scholars are much more interesting in questioning old assumptions and offering more sophisticated and complex interpretations.  This clearly ruffles the feathers of some who hold tight to the old standards, but Tarter calls historians to formulate new questions about how to integrate the broad range of voices that at present animate our historical studies of the commonwealth.  In short, is there a possibility of writing a new master narrative?

Previous post: HEY GRIMSLEY, DON’T LOOK BACK BECAUSE I’M RIGHT BEHIND YOU!