The Use and Abuse of Popular History – Goodwin Style 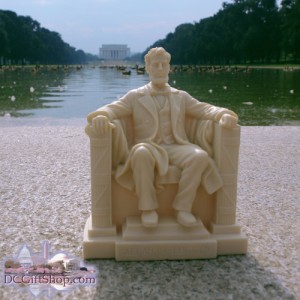 Thanks to James Oakes, Matthew Pinsker, and Brian Dirck for attempting to apply the breaks to the overused and abused Goodwinian meme, “Team of Rivals.”

Oakes: For one thing, there was nothing new in what Lincoln did. By tradition, presidents-elect reserved a cabinet position, often secretary of state, for the leading rival in their party. John Quincy Adams inaugurated the practice by appointing one of his presidential rivals, Henry Clay, to that post….Nor is it quite correct to say that Lincoln installed his “enemies” in the cabinet. Rivals for his own party’s nomination are not the same thing as political “enemies.” It would have been inconceivable, for example, for Lincoln to offer a cabinet appointment to his Democratic opponent, Stephen Douglas.

Pinsker: Over the years, it has become easy to forget that hard edge and the once bad times that nearly destroyed a president. Lincoln’s Cabinet was no team. His rivals proved to be uneven as subordinates. Some were capable despite their personal disloyalty, yet others were simply disastrous.

Dirck: Obama simply faces an entirely different situation in making his cabinet appointments–or really, in filling any government post. The reason Lincoln could get away with appointing his rivals–indeed, the reason he had little choice in the matter–lay in his party’s newness. The Republican Party did not as yet host big, powerful, countervailing ideological and political organizations, analagous to the Clinton wing of the modern Democratic Party. It was, in 1860 at least, largely a collection of individuals (like Seward) who certainly had their followers and their factions, but no real political base, rooted in the patronage…

We are being barraged by various commentators and so-called authorities who are either reflecting on or pushing Barack Obama to follow in the footsteps of Abraham Lincoln in choosing a cabinet. Well, not quite. They are actually utilizing an interpretive theme that dominates Doris Kearns Goodwin’s best-selling book, Team of Rivals, which argues that Lincoln intentionally chose cabinet members who would both reflect very different political positions and challenge his policies. Almost no one is questioning whether this accurately reflects Lincoln’s approach, whether it was unusual, or whether it makes any sense at all in comparing our own political climate and party organization with the 1860s. No doubt, the pervasiveness of this line of thought is in part the result of Obama’s own continual references to the sixteenth president as well as his best-known speeches.

I read Goodwin’s book when it was first published. Admittedly, I found it difficult to read without reflecting on the Bush Administration’s approach to internal cabinet dissent. Indeed, at times I had the impression that Goodwin was writing with Bush clearly in mind and yet I hesitate from impugning her work as a product of unrestrained presentism. It’s no surprise that a book about Lincoln written throughout the two terms of one of our most controversial presidents, and offering a model for a very different approach to presidential leadership, would be embraced. All history is written through the lens of contemporary politics and culture, but that does not necessarily imply that historical studies are relegated to the realm of relativism. Goodwin’s book deserves to be treated as a study of Lincoln and the politics of the 1860s. The pervasiveness of recent commentary surrounding this theme of cabinet rivals, however, is more about what we want to see in the past and much of the country’s frustrations and anger over the past few years.