Embracing Lincoln in the South 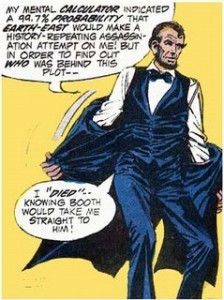 Looks like Abraham Lincoln is getting more attention in the “Confederate South” during his bicentennial than both Jefferson Davis and Robert E. Lee combined.  Well, before you run for the hills complaining about revisionism remember that Lincoln had strong ties to the South that extended beyond the Civil War.  In a recent interview on C-SPAN, Michael Burlingame went as far as to suggest that in important respects Lincoln was a southerner through his extended family, which moved from Virginia as well as his early years growing up in Kentucky.  Once again, we would do well to go back and dispense with tired and ill-informed generalizations that tell us more about ourselves than anything having to do with regional identification and history.  There are two important conferences that are worth considering, one in Richmond, Virginia and the other in Raleigh, North Carolina.  The first will take place on February 12 at the North Carolina Museum of History.  Speakers include Joe Glatthaar, William Harris, Paul Escott, and John D. Smith.  In March the American Civil War Museum at Tredegar will host a dynamite line-up of scholars to discuss Lincoln and the South.  This is a three-day conference that ought to attract a wide range of Civil War enthusiasts and teachers.

Also in March the Surratt House Museum will host a conference on Lincoln’s assassination.  Howard University’s Emancipation and Race in the Age of Lincoln will take place in April and in July Oxford University will explore the global legacy of Lincoln.  This just scratches the surface and does not include the myriad tours and exhibits that will take place throughout the year as well as all of the Lincoln books that will have been published by the end of the year.  I can detect very little “hero worship” in these events.  It is an acknowledgment that Lincoln’s life and presidency have much to teach us regardless of race and place.