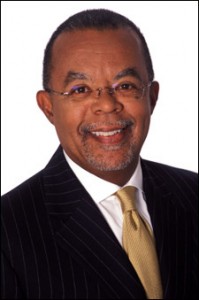 Today I showed a segment of Henry L. Gates’s “Looking for Lincoln” to my Civil War Memory class.  They enjoyed it and it provides an excellent overview of some of the themes that will be explored in this last full week of classes before the trimester ends.  We looked specifically at the segments on emancipation and race.  Gates spends time interviewing both David Blight and Doris Kearns Goodwin.  Throughout Gates proceeds as if he is on a personal journey to better understand the history of Lincoln as well as the evolution of Lincoln mythology.  In a conversation with Goodwin, Gates suggests that his search has left him disillusioned and disappointed to learn that Lincoln harbored racist views or that the impetus for the Emancipation Proclamation was not borne of pure motives, but political expediency and military necessity.  In a charming little give and take Goodwin encourages “Skip” not to blame Lincoln for the conflict between history and mythology, but to try to reconcile the two. Goodwin hopes that out of conflict will come empathy for Lincoln and a more sophisticated understanding of his life within the context of the war and the mid-nineteenth century generally.

At one point one of my students wondered out loud whether Gates was really confused about Lincoln.  I soon realized that he was inquiring how a professional historian whose area of expertise is race relations and the nineteeth century could be confused about Lincoln.  It’s an excellent question.  After all, Gates is currently the director of the W.E.B. Dubois Center of African and African American Research at Harvard University.  Of course, Gates is not confused about his subject.  I tend to think that Gates is modeling the kind of journey that he likely took when studying this subject seriously for the first time and one that he hopes others will take as well.   His interviews with professional historians pit him as the outsider who is trying to better understand Lincoln; this comes out clearly in the dinner table scenes with Harold Holzer, James Horton, and David Blight.  There was nothing said over dinner that Gates didn’t already know, but the viewer is left with the impression that this is just another step in his journey to better understand Lincoln.  In proceeding in this way Gates entices his viewer to join him on this journey.  It also works to collapse the distinction between the academic and the neophyte.

All in all I think this is an entertaining approach to the history documentary without having to sacrifice content and scholarship.

Leave a Reply to BjornCancel reply