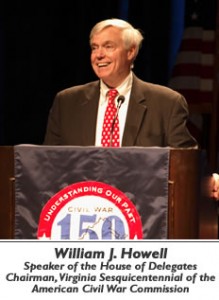 Panelists are going to paint a broad panorama of what the nation looked like in 1859.

GG: Growth of the nation and expansion of information network.  Dominant theme: growth and energy.

JW: Two largest immigrant groups in the north – Germans and Irish.  Looked at St. Louis, MO: Is it a northern or western state…it’s all three.  Pop. 160,000 with large immigrant population.  Anti-slavery mayor elected in that city.  Very few slaves lived in the city.

CC: Immigrations shaped the social enviroment.  Particularly among the Irish they were small farmers looking for work in poor working conditions and were beginning to be “pitted” against African Americans.  Great deal of conflict between these two groups.

GG: Important to note that there were pockets of immigrants all over the nation.

WG: Massive relocation of slaves from the Upper to Lower South, which had a devastating impact on slave families.  Slave prices were booming, which had implications for southern whites.  Increased slave prices made it difficult for non-slaveholders to become slaveholders.  This led to tenstions within the South.  The loss of slaves from Upper South caused great concern for the future of slavery in that region.

GG: Colorado is close to becoming a state after a gold strike.  This development promised to follow the story of California.

JW: South did better out of the 1857 recession.  The cotton economy continued to expand and produce wealth

WJ: The next state might be Cuba.  People in the MI Valley are hoping to expand a cotton empire into the Carribean – official policy (Ostend Manifesto) of the United States.  The linchpin of joining Mississippi economy with the broader Atlantic economy.

To be continued… I am going to refrain from keepin track of individual speakers.  Additional posts will try to provide a more cohesive narrative.