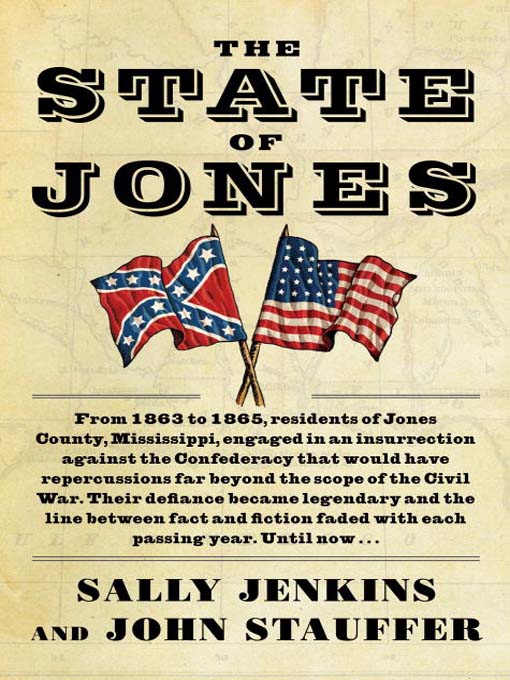 A couple of days ago a representative of Random House contacted me to see if I might be interested in reviewing a forthcoming book, titled, The State of Jones: The Small Southern County that Seceded From the Confederacy by Sally Jenkins and John Stauffer.  It’s one of the more interesting stories out of Mississippi and is the subject of an excellent book by fellow blogger and historian, Victoria Bynum.  I’m not overly excited about reading another book on the subject, but I do like John Stauffer’s work so I decided give it a look.  It arrived today, and, hopefully I will have the time to read it over the summer.  What struck me upon opening the package, however, is the cover, which shows both the United States and the Confederate States flags prominently displayed.

I can’t help but think that this is a great example of how the marketing to a general audience hasn’t quite kept up to pace with scholarship on the Confederacy and the South during the Civil War.  After all, this isn’t an example of North v. South or United States v. Confederacy, but an internal conflict within the state of Mississippi.  This story reveals a war that challenges our traditional assumptions and tired cliches that assume a monolithic Confederacy and a region committed to “Southern Independence”.

The two flags may fit neatly into our collective memory of the war, but perhaps an image of a fractured Confederate flag might be more appropriate.  Perhaps something even more exotic?  What kind of cover would you design for this book?