A Civil War Title That is Too Good to be True 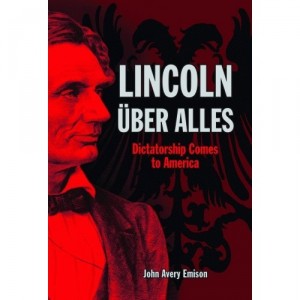 I was in the process of ordering Jeffrey McClurken’s new book on Amazon when I came across this hilarious book on Lincoln that is being published by Pelican Press.  The book is titled, Lincoln Über Alles: Dictatorship Comes to America.  Eat your heart out, DiLorenzo.  The brief description is priceless: “Abraham Lincoln’s election was favorably influenced by the influx of German revolutionaries who fled Europe after the failed revolutions of 1848. Then, his agenda to establish a central government with unlimited political power caused the American Civil War. This fascinating book puts forth these arguments and also explores how, after the war, the legality of secession was viewed.”

On a different note, check out the thoughtful and hard-nosed critique of recently-published Lincoln studies by Sean Wilentz in The New Republic.  One of the books reviewed is by our friend, John Stauffer, who clearly has trouble handling critiques of his scholarship.