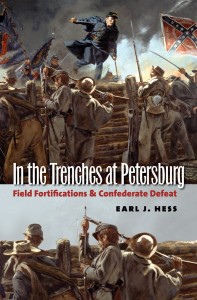 The Society of Civil War Historians has announced the First Annual Tom Watson Brown Book Award.  The award recognizes “an outstanding scholarly book published in 2009 on the causes, conduct, and effects, broadly defined, of the Civil War.”  The prize will be awarded at the November 2010 Southern Historical Association meeting in Charlotte, North Carolina.  What kinds of books are qualified?

All genres of scholarship within the field will be eligible, including, but not exclusive to, monographs, synthetic works presenting original interpretations, and biographies.  Works of fiction, poetry, and textbooks will not be considered.  Jurors will consider nominated works’ scholarly and literary merit as well as to the extent to which they make original contributions to our understanding of the period.

George Rable, Charles G. Summersell Professor of Southern History at the University of Alabama and the immediate past-president of the SCWH, will chair the first prize jury. The other members are Elizabeth Leonard, John J. and Cornelia V. Gibson Professor of History at Colby College, and Peter Carmichael, Eberly Family Professor of Civil War Studies at West Virginia University. Publishers are asked to send nominated books (only those published in 2009 will be considered) directly to the jurors and to the Foundation no later than January 31, 2010.

I am nominating Earl Hess’s In the Trenches at Petersburg: Field Fortification & Confederate Defeat.  In doing so, I acknowledge the enormous amount of research that has gone into all three volumes and the extent to which these studies have forced us to reconsider the importance of earthworks and their effect on the evolution and outcome of the War in the East.

Next post: How Well Do You Know Robert E. Lee?

Previous post: The Real Reason Why I am Feared and How I Can Be Stopped