The Newest Member of the Dixie Outfitters Family 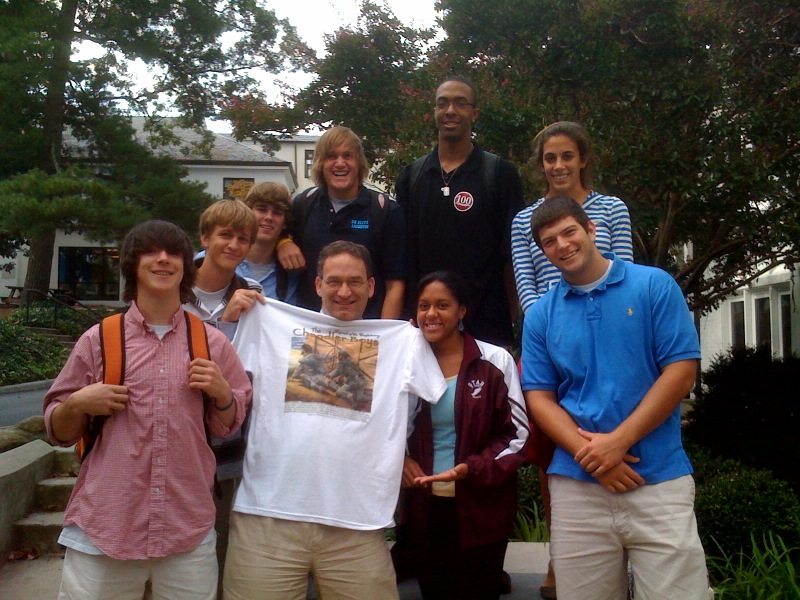 As some of you know I use the Dixie Outfitters website to give students in my Civil War courses a sense of the continued hold of the Lost Cause on our culture.  In addition to examining the page devoted to their preferred view of the Civil War we do a quick survey of some of the t-shirts.  This year one particular shirt caught the eye of my students, which gave me a chance to discuss the history and myth of black Confederates.  We examined the t-shirt which depicts the Chandler Boys, which contains the following caption:

Black Confederate Silas Chandler carried his wounded boyhood friend, Andrew Chandler, several miles on his back before loading him on a box car headed for an Atlanta hospital.  After the war, they returned to their homes in Palo Alto, Mississippi where they remained close friends till death.  Silas Chandler received a Confederate veteran’s pension and today lies in a grave decorated with a Confederate Iron Cross placed by the Mississippi Sons of Confederate Veterans.

Well, you can imagine my surprise when one of my students presented me with my very own Chandler Boys t-shirt.  You may also be surprised to see that the student in question is African American.  The story is pretty funny.  Apparently, the store owner was very surprised to see a young black woman in his store asking for this particular t-shirt.  The owner was pleased, however, to see that she was aware of the rich history of black Confederates and encouraged here to share this story with her friends.  Needless to say, I was relieved that my student resisted getting into a debate about this subject as I am sure the store owner would have been defenseless against this student’s vast knowledge.