For Richard Williams and Chris Wehner

All of this talk about nefarious academic historians has left my head spinning.  The commentary reminds me of the rhetoric from the height of the Red Scare in the 1950s.  Anyone and everyone is a target and no one who dares stand up in front of a classroom is safe.  Watch your tongue; keep your own views locked shut; and don’t let anyone see you reading the New York Times.  I want to send this post out to Chris Wehner who has done a fabulous job of exposing me for the radical that I am and to Richard Williams who, apparently, has never attended college, but has made it his life’s mission to expose the university as a bastion of anti-American ideologues.  Wonderful work gentlemen. 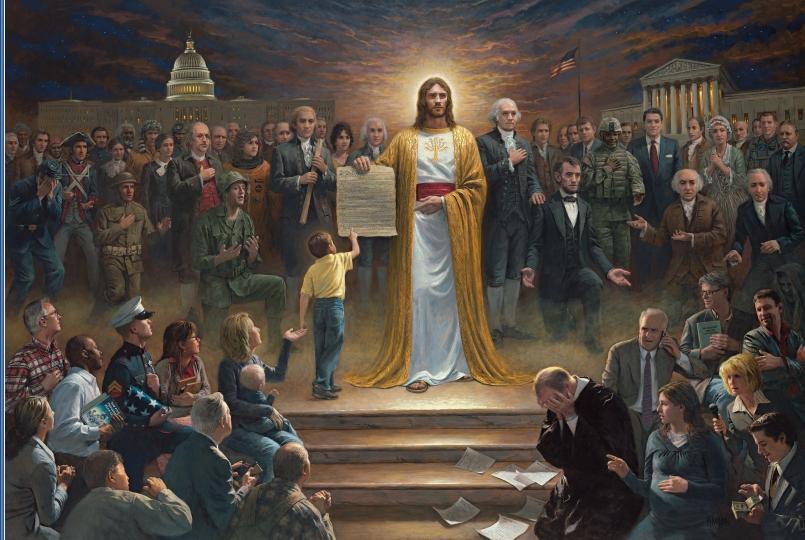 One of my Facebook friends shared with me the following print by Jon McNaughton, titled, “One Nation Under God”.  Supposedly, the image is the result of a vision the artist had during the 2008 election.  Click here for the above image and run your cursor for descriptions of each individual.  I will leave it to you to interpret it, but I wanted to point out “The Professor”, who is positioned on the stairs just to Jesus’s left.  Notice that Satan himself is positioned close by.  The Professor holds a copy of Charles Darwin’s Origin of Species and if you run your cursor over him the following pop-up description appears:

He holds his “Origin of Species” book by Charles Darwin.  This represents the liberal lefts control of our educational system.  His smug expression describes the attitude of many of the educational elite.  There is no room for God in education.  There is contempt for any other viewpoints.  Humanism dominates the educational system of America and I believe that is wrong.  Notice that he is the only one sitting on the top step.  He tries to place himself on an equal footing with God, but he is still nothing next to the intelligence of the creator.

Yeah, I know plenty of people who fit this description.  In fact, I can’t wait to hang out with a bunch of them next month at the annual meeting of the Southern Historical Association in Louisville.  You gotta love it.

One final point.  Why is the Union soldier on the left crying?  Why isn’t he standing tall and proud as a symbol of the end of slavery?  I assume that is part of God’s plan for America.  Perhaps he could be positioned next to Frederick Douglass, who is barely visible in the back.