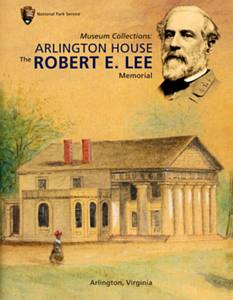 I am working to finish up an essay on Robert E. Lee’s Arlington House for a collection of essays on Southern Tourism edited by Karen Cox.  The tentative title is, “The Robert E. Lee Memorial: A Conflict of Interpretation”.  My research on this subject has taken a couple of turns since I agreed to be a contributor to the project.  It started out with a focus on slavery, but I am now looking more broadly at how various parties debated over how to interpret the home as part of Arlington National Cemetery.   Much of my focus is on the 1920s and 1930s and the long-term consequences of what took place during that time.  What follows is a very rough introduction to the essay that hopefully provides a taste of where I am going with this.  Comments are welcome, especially those that are critical.

In her epistolary novel, A Romance of Arlington House, Sara Ann Reed imagines a young couple on an afternoon excursion across the Potomac River to visit the grounds at Arlington some time in the 1870s.  On the way they engage in polite conversation about the history of the home and the surrounding grounds.  A young Virginia listens intently as her dashing military escort and Civil War veteran shares the history of the home, including its association with the Custis family, its abandonment by the Lee family on the eve of civil war, and its transformation into a Union camp and eventually as a final resting place for fallen soldiers.  As the carriage makes its way along the aqueduct and in full view of Arlington, the young officer compliments George Washington Custis for the design of the home as well as its overall “beauty of situation.”  Virginia agrees with her escort’s assessment, but suggests that the home “ought to have been kept for his descendants, and not desecrated by being made a burial place.”  Perhaps not fully realizing how a veteran would interpret such a comment, Virginia may have been surprised by her escort’s response and “piercing glance”: “Why I might think that I have a Southern woman beside me.  How can you, a loyal Unionist call ground desecrated because it holds the sacred dust of men who gave their lives that you might have a country that is fast becoming one of the foremost nation’s of the world?”  Virginia’s expression of “sympathy with the Lee’s” only serves to antagonize her companion even further.  With an air of frustration, the officer justifies the transfer of the property based on the family’s “delinquent taxes” as well as a belief that “Mr. Custis would rather the home he was so proud of should be national property, than to have it in the hands that had borne arms against his country, even though they were those of his own grandchildren.”  Rather than continue their discussion of “right and wrong” and run the risk of it ruining what began as a pleasant afternoon trip, the couple decides to focus on more polite subjects as the carriage moves ever closer to their destination.

This fictional account set in the 1870s over who was entitled to legal ownership of Arlington House continued to resonate at the time of the book’s publication in 1908.  Although the issue of legal title had been settled in 1882, questions remained over how to interpret the home within the context of the surrounding landscape.  Various agencies of the federal government, including the War Department and Department of Interior debated throughout the first few decades of the twentieth century concerning who should have jurisdiction over the home.  Even more problematic were questions surrounding how the home itself ought to be interpreted and presented to the general public.  A number of interpretive themes were recommended at this time, including the turning of the home into a shrine and museum to George Washington – part of Custis’s original vision for the estate.  Others hoped to return the home to a condition reminiscent of a time during the Custis family’s ownership.  Finally, the success of sectional reunion in the wake of the Spanish-American War led to calls to restructure the home to reflect ownership by the Lee family on the eve of the Civil War. These competing visions for the property were vigorously debated, as part of a larger concern over how the home ought to fit into the broader landscape of Arlington Cemetery, which had become widely regarded by many across the nation and a growing number of tourists as sacred ground.

Although the National Park Service now maintains Arlington House as the Robert E. Lee Memorial, and most interested Americans connect the property with the famous Confederate Chieftain, this designation was not inevitable in the early part of the twentieth century.  Understanding how this transformation occurred sheds light on the contested nature of historic and cultural sites as various groups competed to impose their preferred interpretation on historic landscapes and shape our collective memory of the Civil War. Like other Civil War sites, Arlington became the scene of vigorous debate during the early twentieth century not simply because the site included the pre-war home of Robert E. Lee, but because that home was located on ground designated as a final resting place for fallen Union soldiers.  Depending on how these two focal points were interpreted and/or remembered potentially left the landscape with multiple and even contradictory meanings.  For the most part, these debates have been conducted away from the curious eyes of the many Americans who have visited Arlington over the past 100 years.  The experiences of these visitors as well as the meanings and lessons they take home from this particular place, however, continue to be shaped by the decisions made as a result of these previous and ongoing debates.

Next post: A Civil War Military Historian Who Joined the Military