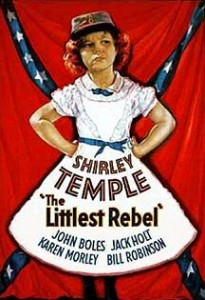 Iam in the process of finalizing my elective for the next trimester, which begins after we return from Thanksgiving break.  It’s a course that I am calling Civil War Memory.  Last year I taught it as a straightforward readings course and this year the plan was to use it as a platform for doing some digital history.  Unfortunately, I am nowhere near to being ready to teach this kind of course.  I simply don’t feel comfortable enough with some of the technology necessary to make this a successful course.  Hopefully I can implement it next year.  This leaves me with the question of how to structure this year’s course.  As successful as last year’s version of the course was, I prefer to stay away from a readings course.  So, I am planning on teaching a course that emphasizes Civil War memory and popular culture through film.  This way, I can still utilize the books that have been ordered, especially Blight’s Race and Reunion, along with selections from recent books by Gary Gallagher and Brian Wills.

I guess a traditional film history course would emphasize the big Hollywood movies; however, I want to cast my net much wider.  It would include YouTube videos on the Civil War.  Yes, most of them are absolutely ridiculous, but they brilliantly capture a number of narrative threads in our collective memory of the Civil War.  I absolutely love this one.  I also want to include National Park Service videos such as the civilian film at Fredericksburg as well as the new introductory film at Gettysburg.  This will allow us to talk about issues related to public history.  As a final project students could work in small groups to create their own Civil War film as entertainment, documentary, etc.

Now for your help.  The course runs for ten weeks and in regards to feature films I anticipate being able to show one movie per week, in addition to discussions about the film.  I would love to hear your choices for top Hollywood films on the Civil War.  We all know the high profile films such as Gone With the Wind and Shenandoah.  Feel free to emphasize those films, but I am more interested in those films that fall somewhere off the beaten path.

I leave you with a scene from a movie that was released by a small independent company.  It’s called Wicked Spring and it tells the story of a Confederate and Union soldier who find themselves cut off from their units duirng the battle of the Wilderness.

Leave a Reply to MattCancel reply

Next post: Is Civil War News Reporting the News?