Do You Suffer From PCM Disease? 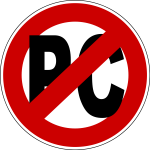 Head on over to Civil Warriors for Brooks Simpson’s response to a series of posts at TOCWOC which purports to analyze the “politically correct mythology” [PCM] that pervades academic Civil War history.  You can start with James Durney’s “analysis” and then follow up with Brett Schulte’s two-part response [here and here].  I am going to let Simpson speak for me on this one:  So, tell me, dear readers … can you name a historian who embraces the notion that the North was 100% right or the South 100% wrong?  I can’t, especially as “the North” is a rather diverse place, as is “the South,” and there was no single “Northern position” or “Southern position” (for example, black slaves in the South were southerners, too, as all those fans of black Confederates like to tell us).   Does any historian say that slavery was the only difference between North and South (especially as some slave states did remain in the Union)?  And what is this rant about black Confederates?  I don’t know of any historian who rejects the notion that the Confederacy employed slave labor (thus Butler’s contraband policy), or that a handful of people of African American ancestry served in Confederate ranks.  The debate is over what this means, as well as a demand that those who argue that there were tens of thousands of African Americans who voluntarily served in Confederate ranks produce a shred of evidence to support their contention (this is one place where the cry of “politically correct” comes across loudest, from people who would rather not submit their assertions to any sort of scrutiny).

Neither Durney nor Schulte provides one concrete example for their readers to help them make sense of the specific claims.  The only historian referenced is Eric Foner, who for some reason always seems to emerge in these discussions.  I doubt Durney has ever opened a book by Foner; at least there is no indication that he has.  What I find most hilarious is reading Schulte’s response.  Will someone please tell me what he is agreeing or disagreeing with?  Durney’s analysis is so vague that it is utterly meaningless.  I guess it’s easy to critique a field that you know very little about.

Thanks for the Friday entertainment guys, but this is so irresponsible.