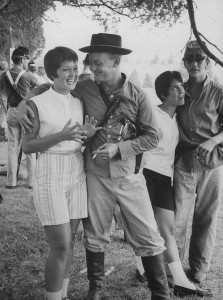 I attended a couple of meetings early on of the Virginia Civil War Sesquicentennial committee.  During one meeting “Bud” Robertson explained why the committee would not fund reenactments.  He expressed concern that they might prove embarrassing as did the first major reenactment at Manassas in 1961 at the beginning of the Civil War Centennial.  Robertson and others wanted to ensure that this time around the state would not engage in celebration, but would promote events that commemorate and educate.  This was reinforced by William J. Howell, who serves as Speaker of the House of Delegates and as chairman of the commission.

It was reported a few days ago that the Manassas City Council is planning a 9-day celebration that will include a reenactment in 2011.  The event is being organized by the Virginia Civil War Events Inc., which is asking for $100,000 from the city.  Not only have they received the funds, the council is also requesting upwards of $250,000 from Richmond.

Councilman Mark Wolfe called the appropriation an investment.  “The citizens out there can very well question why we would spend $100,000 … an absolutely legitimate question particularly in these economic times, but the answer to that is we don’t have much choice,“ Wolfe said.  “This is a once-in-a-lifetime, God-given chance for our community to stage something that can give and give and give.”  Wolfe said the commemoration of the sesquicentennial could be epic if done correctly.  “If we pull this off right, we’re going to create a Super Bowl-type event with all the publicity, all the notoriety and all the money that comes from that scale of an event,“ he said.

The council hopes to attract 250,000 people along with their dollars over the 9-day stretch.  I can certainly understand that, but I will believe those numbers when I see it.

Our delegates in Richmond are setting a poor precedent with this funding.  We all want to see our local communities benefit economically in the coming years, but I worry that the decisions to fund such events with taxpayer dollars is going to water down/minimize the good work that has been done by this state’s sesquicentennial commission.  I thought we were going to try to do better than a Blue and Gray Ball at the Candy Factory, a re-enactment of the First Manassas battle, and breakfast with the troops.

Previous post: The United States is Not a Miracle