A statue of Confederate General Joseph Johnston was dedicated today on private land as part of the 145th anniversary of the Battle of Bentonville.  The Smithfield Light Infantry, a local camp of the Sons of Confederate Veterans, asked the property owner to donate land for the memorial and launched a private fundraising effort to pay the $100,000 cost of the statue.  One of my readers was kind enough to share this photograph, which he took at the dedication.

Can someone tell me what Johnston is supposed to be pointing to?  Have some fun with it.

The statue depicts Johnston with his left arm raised. It’s a call for his troops to hold the line against Yankee forces, Booker said. “And,” he added, “to hold the line against political correctness.”  Political correctness, in Booker’s view, has recast Confederate symbols and distorted history. “These days, political correctness means a lot of things aren’t mentioned or aren’t defended in the proper way,” he said. “But that will not happen in this case, I assure you.” Booker pointed out that the plaque at the foot of the statue did not require anyone’s approval. It reads: “Defender of the Southland to the End.” — John M. Booker, Lt. Commander, Smithfield Light Infantry, SCV 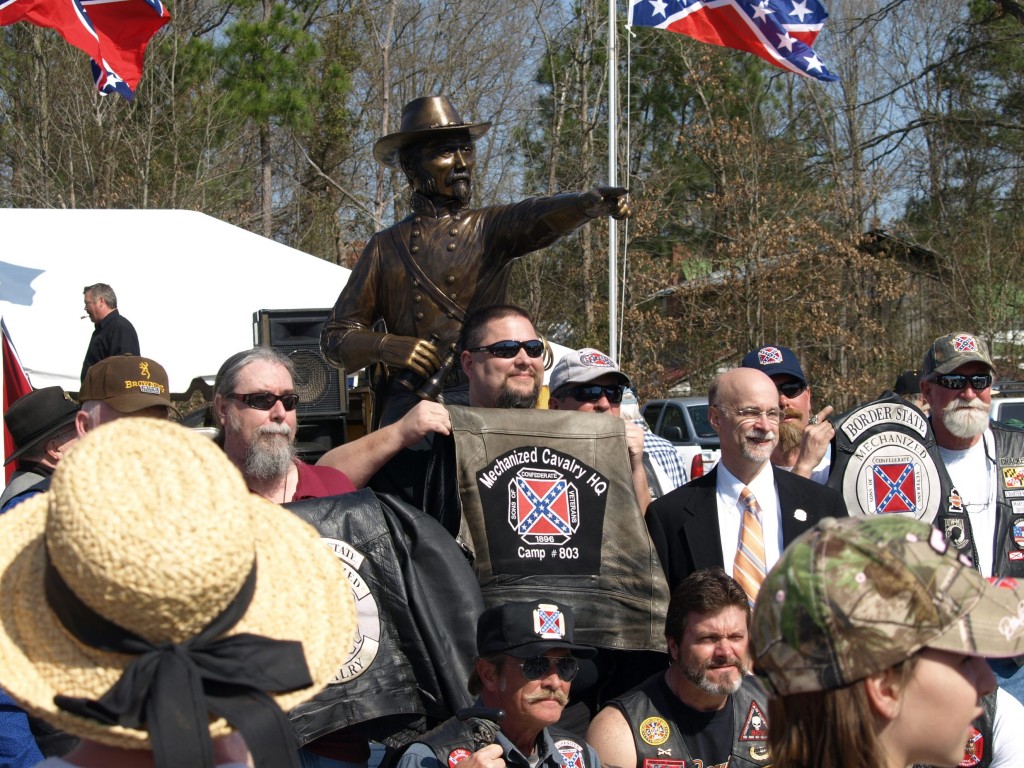 Next post: Claim Your Confederate Southern American Status on the 2010 Census