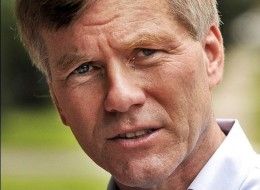 Governor McDonnell issued a statement late Wednesday in which he apologizes for failing to reference slavery in his proclamation.

“The proclamation issued by this Office designating April as Confederate History Month contained a major omission. The failure to include any reference to slavery was a mistake, and for that I apologize to any fellow Virginian who has been offended or disappointed. The abomination of slavery divided our nation, deprived people of their God-given inalienable rights, and led to the Civil War. Slavery was an evil, vicious and inhumane practice which degraded human beings to property, and it has left a stain on the soul of this state and nation. In 2007, the Virginia General Assembly approved a formal statement of “profound regret” for the Commonwealth’s history of slavery, which was the right thing to do.

When I signed the Proclamation designating February as Black History Month, and as I look out my window at the Virginia Civil Rights Memorial, I am reminded that, even 150 years later, Virginia’s past is inextricably part of our present. The Confederate History Month proclamation issued was solely intended to promote the study of our history, encourage tourism in our state in advance of the 150th Anniversary of the beginning of the Civil War, and recognize Virginia’s unique role in the story of America. The Virginia General Assembly unanimously approved the establishment of a Sesquicentennial American Civil War Commission to prepare for and commemorate the 150th Anniversary of the War, in order to promote history and create recognition programs and activities.

As Virginians we carry with us both the burdens and the blessings of our history. Virginia history undeniably includes the fact that we were the Capitol of the Confederacy, the site of more battlefields than any other state, and the home of the signing of the peace agreement at Appomattox.

Our history is perhaps best encapsulated in a fact I noted in my Inaugural Address in January: The state that served as the Capitol of the Confederacy was also the first in the nation to elect an African-American governor, my friend, L. Douglas Wilder. America’s history has been written in Virginia.

We cannot avoid our past; instead we must demand that it be discussed with civility and responsibility. During the commemoration of the Civil War over the next four years, I intend to lead an effort to promote greater understanding and harmony in our state among our citizens.”

In addition the Governor announced that the following language will be added to the Proclamation:

WHEREAS, it is important for all Virginians to understand that the institution of slavery led to this war and was an evil and inhumane practice that deprived people of their God-given inalienable rights and all Virginians are thankful for its permanent eradication from our borders, and the study of this time period should reflect upon and learn from this painful part of our history…