What’s a Few Thousand Here or There? 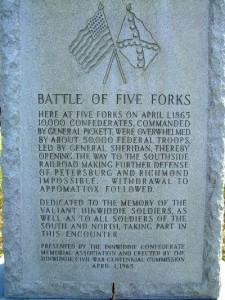 Numbers play an important role in the Lost Cause view of the Civil War and the Petersburg Campaign in particular.  The image of the Army of Northern Virginia as hopelessly outnumbered and hanging on by a thread continues to exercise a strong hold for many.  There is something attractive about a narrative that pits a half-starved Army against an enemy that we believe must win owing to their unlimited resources.  There is a certain truth to this, but like most of the Lost Cause interpretation it quickly shades into a distorted view of the situation.  On Saturday evening one of Prof. Mark Snell’s former students, who is now working as a living historian for the Gettysburg Foundation, put on an excellent presentation that covered the state of the Army of Northern Virginia in 1864.  He suggested that during this period the army was fairly well supplied with clothing, which stands in sharp contrast with images of half-naked soldiers in the trenches.  In addition, it turns out that although the men in the trenches faced hardship, Lee’s soldiers were not starving.  Of course, much of this is borne out in the most recent literature on the campaign.

Back to the numbers.  Throughout our tour of the Petersburg Battlefields this weekend Will Greene made it a point to emphasize that the earthworks had worked to minimize the sheer advantage that the Federals enjoyed in terms of numbers.  They would need at least a 3 to 1 advantage when storming Confederate earthworks.  Such a view explains Grant’s tactics of continually pushing to extend the Confederate line in a series of offensive thrusts throughout the late Fall and early Spring of 1864-65.  Of course, one way to bypass any attempt at careful analysis of the balance of power is to simply exaggerate the numbers beyond any recognition of reality.  This was done early on in the case of Lee’s surrender at Appomattox on April 9, 1865.

It can also be seen at the Five Forks battlefield on a marker that was dedicated during the Centennial by the Dinwiddie Civil War Centennial Commission.  Well, at least they got they number of Confederates under Pickett’s command about right, but 50,000 Federals is way off the deep end.  Philip Sheridan had around 21,000 men at Five Forks.  Perhaps Dinwiddie County’s Sesquicentennial Commission can spray paint the right number on the anniversary of the battle in 2015.

Next post: The Blue, the Gray, and the Gay