A Study in Irony 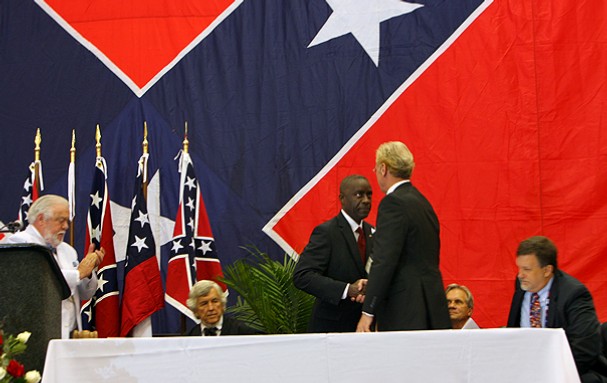 The 2010 annual reunion of the Sons of Confederate Veterans opens in Abbeville, SC with a welcome address by Mayor Terence Roberts.

Next post: Why Doesn’t the Confederacy Just Fade Away?

Previous post: “He Has Essentially Stopped the Entire American Civil War in Virginia”