The Intersection of Historical Memory, Hollywood, and Commercialism

This full-page advertisement appeared in the February 1991 issue of Ebony magazine.  There was clearly a resurgence of interest in the history of black Civil War soldiers following the release of Glory. Numerous articles/reviews of the movie can be found in Ebony and Jet magazines. 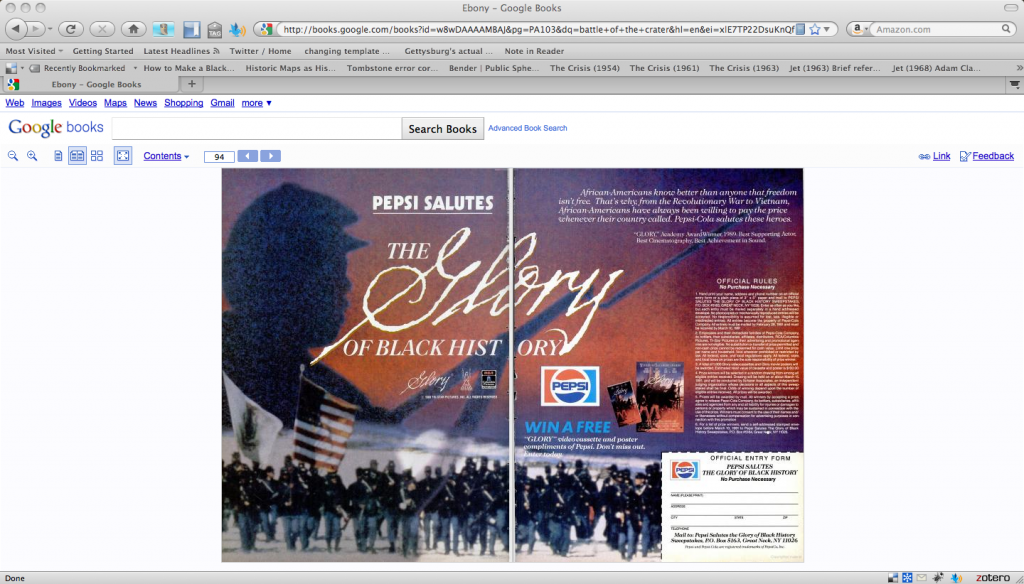 Next post: On This 146th Anniversary of the Battle of the Crater…