A Pension For a Vote 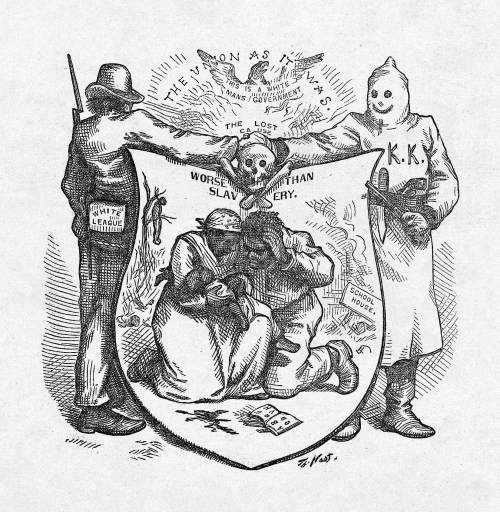 I can’t tell you how appreciative I am of the help that I’ve received over the years from my readers. My Crater manuscript is filled with references shared by readers and my own thinking has been shaped by the rich commentary that follows many of the posts on the subject.  That continues as I begin my next book-length study of black Confederates.  Today I was contacted by NPS historian, John Stoudt, who came across the following reference in Ed Ayers’s book, The Promise of the New South: Life After Reconstruction (Oxford University Press, 1992).

The following passage comes in a chapter that examines the culture of elections during the postwar period and the manipulation of the black vote.

It usually took far more than such bullying, though to gain the votes of disaffected or apolitical blacks.  One Democrat wrote to North Carolina Senator Matt Ransom to solicit his support for a pension for “a very deserving honest old colored man  He is very destitute and unable to work and he certainly is deserving a pension (if any body is).  He votes the democratic ticket straight out and uses his influence for the democrats, and in the last election his vote and influence with that of twenty or thirty more colored voters saved the democrat party in my county.”  The white Democrat had promised his black ally that he would “do all in my power to get his pension for him.  I want him to have it and I want him to have it bad.” [W.H. Lucas to Sen. Matt Ransom, Jan. 6, 1892, Ransom Papers, UNC-SHC]

My question is whether it is possible to narrow down the type of pension that an elderly black man might have received in 1892.  According to James G. Hollandsworth Jr., former slaves did not begin to receive pensions for their time in the Confederate army until 1927.  Regardless of whether the pension had anything to do with the war itself, this should remind us that “black Confederate” pensions must be interpreted within the context of Jim Crow and white political control.  Black men, who applied for pensions based on their roles as servants/slaves during the war had to maneuver through this structure and the possibility of financial gain surely would have influenced how they responded on the official forms.  This passage also should caution us in drawing a direct connection between a pension form and the war.  It is possible that some pensions given to former slaves reflect the kinds of election practices described above.