Making Room For a Richer History 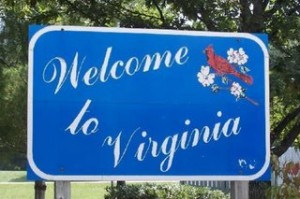 While we cannot fully put to paper the definitive collective memory of this period, we are going to at least ensure that all voices are heard in the attempt.

One of the things that I strive to do in my classroom is to give my students a sense of the complexity of the past.  I want them to struggle with competing voices from the past as well as our continuing struggle as historians to make sense of it all.  One of the aspects of Gov. McDonnell’s recent speech that I truly appreciate is that it aligns his office, and the influence that accompanies it, with this worthy goal.  Over the next few years we need to figure out how to challenge the boundaries of our own personal narratives of the past.  If we claim to be serious students of the Civil War as well as educators then we need to find ways to bring these stories to the public and help to forge a richer collective past.

Here are two examples that I came across today in my reading.  The first is an 1856 editorial written by University of North Carolina Professor, Benjamin Hendrick:

Opposition to slavery extension is neither a Northern nor a Southern sectional ism.  It originated with the great Southern statesmen of the Revolution.  Washington, Jefferson, Patrick Henry, Madison, Randolph were all opposed to slavery in the abstract, and were all opposed to admitting it into new territory.  One of the early acts of the patriots of the Revolution was to pass the ordinance of ’87’ by which slavery was excluded from all the territories we then possessed.  This was going farther than the Republicans of the present day claim.  Many of these great men were slaveholders; but they did not let self interest blind them to the evils of the system.

Hendrick reminds us that while the antebellum South was committed to maintaining a slave society there were voices that continued to reflect antislavery sentiment.

Today in the Boston Globe there is an excellent article on the history of slavery in New England:

As the nation prepares to mark the 150th anniversary of the American Civil War in 2011, with commemorations that reinforce the North/South divide, researchers are offering uncomfortable answers to that question, unearthing more and more of the hidden stories of New England slavery — its brutality, its staying power, and its silent presence in the very places that have become synonymous with freedom. With the markers of slavery forgotten even as they lurk beneath our feet — from graveyards to historic homes, from Lexington and Concord to the halls of Harvard University — historians say it is time to radically rewrite America’s slavery story to include its buried history in New England.

As a teacher, historian, and proud citizen of Virginia I consider the governor’s words to be our marching orders to ensure that the Sesquicentennial gets as close to the “definitive collective memory of this period” as possible.  Thank you, governor.