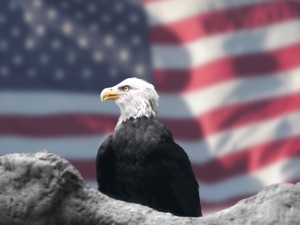 It’s a dismal and rainy day here in central Virginia and one that begs for a late afternoon nap.  But before I do so I took a quick tour of the blogosphere and came across a wonderful dialog over at Richard Williams’s site.  Richard goes after another one of those dangerous leftist academics who refuses to acknowledge America’s exceptional place on the world stage.  The post is the standard nonsensical and meaningless complaint, but it’s the comments section that is truly entertaining.  A reader by the name of Vince engages Richard with a number of very reasonable questions that he fails to satisfactorily address.  Enjoy:

Vince: I might have missed it somewhere, but could you give me a precise definition of “American Exceptionalism”? I’m having a hard time of sorting it out in my mind.  Yes, the United States is different from the rest of the world in many ways. And yes we’ve tackled the problems of society better than everyone else in many ways and worse than others in some ways. What exactly are people arguing about?

Williams: Hello Vince. Loosely defined . . . the notion that the United States holds a special and unique place in world history in regards to freedom, liberty, wealth, power, moral principles, the rule of law, and opportunity.  Each of those points could be broken down into greater detail, but I believe that is a basic definition. It is primarily those on the left who are “arguing” or, more accurately, opposing or denying AE.

Vince: Thanks, Richard. Could you explain what “holds a special and unique place in world history” means, or what its practical implications are? Is this a policy question? Or a historical question?  Reading the linked article, I was unclear how a lot of those paragraphs connected to one another. Historian A looks at WWII and sees US positives. Historian B looks at imperial wars and sees US negatives. Historian C looks at what makes the US unique and finds European roots. (A question to the author of the HNN article:) Is the idea that the US has done some things well and some things poorly too complicated for a history textbook?

Williams: Vince – is this a rhetorical question? That the US “holds a special and unique place in world history” is a given in my world.  Practical implications? Patriotism, gratefulness, responsibility, stewardship all come to mind.  Policy question? Policy should project the practical. Obviously something not being done now.  A historical question? No, a historical fact.  “Is the idea that the US has done some things well and some things poorly too complicated for a history textbook?”  It shouldn’t be. We live in an imperfect world. Only Progressives seem to believe in utopia.

Vince: I’m not sure I understand then your problems with the historians mentioned in the article. Let’s take Eric Foner. He asserts “some strains” of how Americans perceive themselves (i.e., some versions of American Exceptionalism) have directly led to serious policy mistakes in “interventions abroad.” (I assume Vietnam, post-invasion Iraq, etc.) This seems like a pretty basic historical critique supported by research.   Then, he suggests an American self-perception doused with American Exceptionalism could be detrimental to Americans who live in a more globalized world. That seems pretty obvious to me, too. Think of all the companies that took way too long to wake up to the reality of international competition. (I’m currently sitting in a grad student office in a business school of a prestigious university with the student composition: four from China, three from Turkey, one from Brazil, one from India, one from Iran, and two Americans.)  So, how do you connect what Foner is saying with self-loathing?

Williams: I’m not sure I understand your problems with AE and the need to defend Foner’s known leftist bias.  Most of the “globalization” to which you refer is only possible due to AE and the free market that unchained the creative and entrepreneurial spirit of Americans.  I’m assuming a certain level of knowledge with those reading here. I’m confident you have that knowledge. No one would argue that AE can’t and hasn’t been taken to extremes in some cases. For the sake of this discussion, there is no need to point out the obvious. The article is discussing the issue in broad terms. Its not a thesis. I believe the tone of Foner’s comments are as much to provide cover for his more radical opinions than anything else. His opposition to AE is much deeper than he’s letting on in this quote.

Vince: I guess the point I’m getting to is that this question of American Exceptionalism from the Fox News article seems to be framed in such a way to complete[ly] avoid any meaningful debate but allow people to say whatever they want. It’d be like asking whether Technology is good or bad…you’d get nowhere.  I myself very much prefer precisely defined historical or policy questions whose possible answers can be compared to one another and tested using primary sources and data. Asserting something based on the tone of comments of on an online article seems a little unconvincing to me. For example, it would help me to see something more substantive/specific in Foner’s writings…perhaps something in the introduction to one of his books? (I actually don’t know anything about Eric Foner other than that he wrote a supposedly good book on Reconstruction which I haven’t read.) Seeing a discussion played out that way would better help me figure out what’s really going on.

Williams: Vince – one of Foner’s earlier books (and I believe that is the one) is actually quite good. But if you delve more into his more recent writings and comments, his leftist bias becomes clearer.  “In the course of the past twenty years, American history has been remade. Inspired initially by the social movements of the 1960s and 1970s – which shattered the ‘consensus’ vision that had dominated historical writing – and influenced by new methods borrowed from other disciplines, American historians redefined the very nature of historical study.” – Eric Foner