Distorting the History to Celebrate the Soldier or Heritage Not Hate 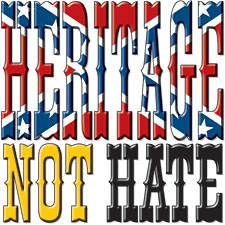 The Tea Party movement has given us a number of colorful candidates this election cycle.  Now we can add to the list one Rich Iott, the Republican nominee for Congress from Ohio’s 9th District.  It turns out that Mr. Iott enjoys wearing Waffen SS uniforms as a one-time member of a Nazi reenactment group.  Of course, Mr. Iott claims no sympathy with the Nazi cause apart from a respect for “a relatively small country that from a strictly military point of view accomplished incredible things.”  I’m not sure what those incredible thing included, but let’s leave that for now.

What I find interesting is the description found on the group’s website explaining why members chose to portray men in the Wiking Division.  Iott and others seem to believe that there is something historically and – by extension morally – significant about the unit’s service on the Eastern Front against the Russian Army:

Nazi Germany had no problem in recruiting the multitudes of volunteers willing to lay down their lives to ensure a “New and Free Europe”, free of the threat of Communism. National Socialism was seen by many in Holland, Denmark, Norway, Finland, and other eastern European and Balkan countries as the protector of personal freedom and their very way of life, despite the true underlying totalitarian (and quite twisted, in most cases) nature of the movement. Regardless, thousands upon thousands of valiant men died defending their respective countries in the name of a better tomorrow. We salute these idealists; no matter how unsavory the Nazi government was, the front-line soldiers of the Waffen-SS (in particular the foreign volunteers) gave their lives for their loved ones and a basic desire to be free.

Of course, historians of World War II take issue with such a characterization as unhistorical and overly romantic.  Hmm…I think I’ve seen this before:

Asked whether his participation in a Nazi re-enactor’s group might not upset voters, particularly Jewish voters, Iott said he hoped it would not: “They have to take it in context. There’s reenactors out there who do everything. You couldn’t do Civil War re-enacting if somebody didn’t play the role of the Confederates. [This] is something that’s definitely way in the past. … [I hope voters] take it in context and see it for what it is, an interest in World War II history. And that’s strictly all.”

It’s interesting to reflect on another example where the history is distorted so as to allow for the commemoration, celebration, or reenactment of the lives of soldiers without having to confront the tough moral questions.