Rejected By the History Channel 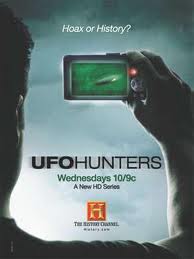 The History Channel will air pretty much anything related to history regardless of how nutty it is.  However, it turns out that even the HC has standards, which apparently do not include the Georgia Division SCV’s series of videos on the Civil War.  According to Stephen Clay McGehee (aka “Confederate Colonel”) “the History Channel received a complaint from a liberal blogger and Friday they reacted as liberals so often do – they have pulled the videos from their broadcast schedule.”  Now, I just want to state for the record that I am not the “liberal blogger” who contacted the History Channel.  Like I said, given the HC’s programming, I can’t think of a better place for these videos.

Let’s face it, the past few weeks have not been kind to the SCV.  It started with Governor McDonnell’s announcement that next April will be designated as Civil War History in Virginia Month followed by this past week’s outrage over a black Confederate reference in a 4th Grade History textbook.  And now the SCV can’t even air its preferred view of the past on a network that includes shows on UFOs and guys who drive trucks on ice.