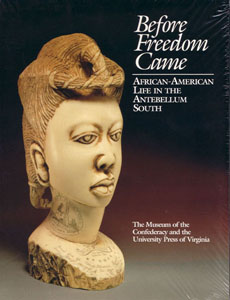 Thanks to my readers, who are forwarding me links relevant to Edward Sebesta’s recent announcement that he does not want and will refuse the Museum of the Confederacy’s Jefferson Davis Prize for best book on Confederate history if it is awarded.  Turns out that Sebesta is blanketing listservs seeking advice on how best to proceed.  Here is an example from H-Public:

Unfortunately the Museum of the Confederacy (MOC) wants to consider giving my newest book an award. This is a book designed to expose the real nature of the Confederacy and the neo-Confederate movement as being about slavery and white supremacy.  No doubt they think that by giving this award they can co-opt James Loewen and myself and position themselves as different from the rest of the neo-Confederates.

As you know, institutions give awards because by honoring others they honor themselves. I don’t want to honor the Museum of the Confederacy, I don’t want my name or my book be used to legitimize them.

John Coski has approached my co-editor and asked for copies of the book, and despite my strenuous objections copies are going to be sent.  I also wrote five certified letters, four to the judges telling them that I don’t want the award and one with copies of the other four letters sent to the Director of the MOC. One would think this would result in my book being thrown out. However, I got an email from Coski saying basically I had no say in the matter.

I am asking for advice on how to prevent this award from happening. The two strategies I have adopted so far are:

1.    Make my opposition public so that they are more likely to reject my book.

2.    Use this consideration of my book as an opportunity to make my criticisms of the Museum of the Confederacy more widely known.

And there is information on the MOC. A speech by Ludwell Johnson III, given at the Museum of the Confederacy, on his being made a Fellow of the Museum and reprinted in the 3rd quarter 1994 issue of “Southern Partisan” is an appalling denigration of African Americans and African American scholarship. Their book “Before Freedom Came” is explained as a rebuke to Carol Moseley-Braun in his speech.

I think that they still give a Jefferson Davis award is appalling. The man was vile. I read a section on the congressional record where they wanted to help out Africans who were on board a captured slave ship and Jefferson Davis is simply appalling in his opposition to helping out these poor persons sweltering in a slave ship off the coast of Florida.

I am going to write up some essays about the MOC and their activities. I have a file which I am going to review. Perhaps some of the members of this listserve would like to write essays on the MOC.  Again, I am open to some advice to make sure this award doesn’t come to my book. I feel it would be a stain on my reputation. Letter follows my name.

I still have no idea why Sebesta has taken this stance.  As I stated in my last post he seems to be ignorant of the good work that the museum has done to further a scholarly understanding of the Civil War – the very thing that Sebesta and Loewen claim to support.  If the MOC was nothing more than an extension of some “Neo-Confederate” organization than why would they consider his book?  Even more bizarre is the reference to their publication, Before Freedom Came, which I am quite familiar with and have used in the classroom on numerous occasions.  It’s obvious to me that Sebesta does not own a copy nor is there any indication of its contents.  This is an edited collection that includes essays by Drew G. Faust, John Michael Vlach Charles Joyner, Deborah Gray White, David R. Goldfield, and Theresa A. Singleton.  Anyone familiar with the historiography of slavery and the history of the South would be hard pressed to describe these individuals as promoting anything other than a scholarly view of the subject.

As far as I am concerned Sebesta is doing little more than engaging in the slandering of an institution that deserves our full support.  I understand that James Loewen will accept the award, if given, but in the name of education and the promotion of scholarly history Loewen ought to reign in his erratic co-editor.  This must be incredibly embarrassing for him.