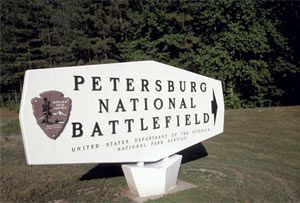 The History Department at North Carolina State University [their website is awesome] is hosting a conference in March, titled, “The Public History of the American Civil War, a Sesquicentennial Symposium.”  I’ve been asked to put together an abstract for a panel that will focus on recent interpretive challenges at Civil War battlefields.  It will come as no surprise to most of you that I am going to focus on the battle of the Crater and the Petersburg National Battlefield.  Here is the abstract. “When You’re Black, the Great Battlefield Holds Mixed Messages”: Discussing Race at the Petersburg National Battlefield: