Google’s Ngram program, which allows you to search the frequency of a word or phrase within its Books archive, has received a great deal of attention since its recent release.  The teacher and researcher in me sees a great deal of potential [and here] in how this tool can be utilized, but Ngram has also been received with a great deal of skepticism [and here].  For now let’s have a little fun with this wonderful new tool.

Not too long ago I suggested that references to black Confederates is relatively new and I even pinpointed its usage to the period following the release of the movie, Glory, in 1n 1989.  Well, depending on how you read these results, I wasn’t too far off the mark in terms of a date, but my interpretation concerning the role of Hollywood is still up in the air.  Of course, this doesn’t tell us the full story; rather, it simply gives us a reading of the frequency of this particular reference.  [The results are case sensitive.]  Perhaps black Confederate soldiers were referred to differently in years past, but this would have to be demonstrated by close textual analysis – something that is rarely done in these circles.  For example, while many advocates of this narrative have referred to the Confederate monument in Arlington Cemetery as evidence of these men, Andy Hall has convincingly argued [and here] that the organizers of the monument, as well as speakers during the dedication cemetery, did not utilize this reference.  They viewed the images around the monument as faithful slaves and not as soldiers. 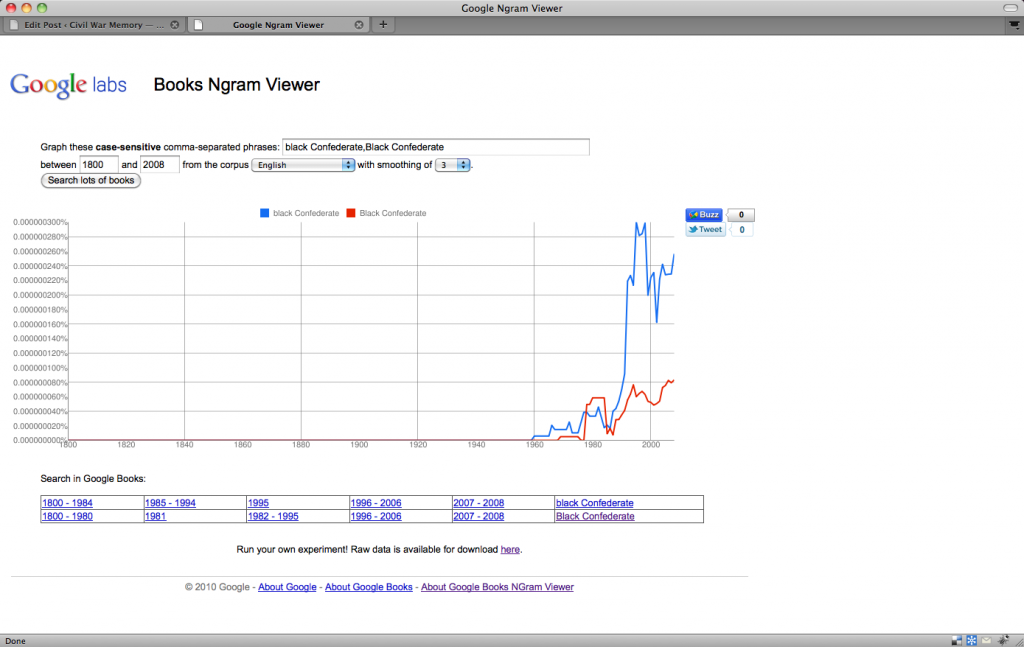 Next post: Not Everyone Supported Secession in South Carolina

Previous post: Are Americans Divided Over the Civil War?