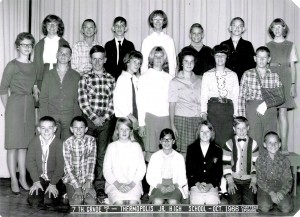 Yesterday I had a wonderful phone conversation with a 7th grade history teacher from Boston.  The subject of black soldiers in the Confederate army came up in his class as part of a discussion of USCTs.  The teacher promised the class that he would look for information, which led him to my recent NYTs editorial.  From there he decided to contact me directly.  I offered him what I consider to be the accepted scholarly consensus and then we discussed various resources that could be used in class.  The first thing I suggested was the UVA case study of the doctored image of the Louisiana Native Guard.  From there I directed him to my Black Confederate Resources page and my recent screencast reviews of two websites.

So, it looks like a class of 7th graders will be introduced to issues of media literacy via my two screencasts, the ease with which images can be distorted, and a short video by Bruce Levine from the BC Resources page.  Yes, I am tooting my own horn, but I couldn’t be more pleased that the hard work that I put into this site is finding its way into history classrooms around the country.