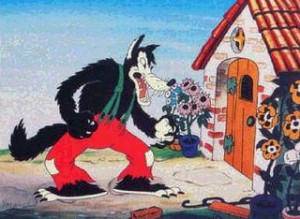 Thanks to Brooks Simpson for a thoughtful post about the visceral reaction that Civil War Memory engenders in certain folks.  I’ve also thought a bit about this question over the years.  Certainly, the vitriol is something that I did not anticipate.  Brooks correctly notes “that there are people (including me) who take a much more confrontational public stance on various issues, and who have not been the targets of nearly as much abuse.”  We could look at any number of things that certain readers have trouble with, including my place of birth, perceived political biases, as well as the standard litany of vague references to “anti-Southern”, “anti-Confederate”… blah, blah, blah.  Actually, I think there is something else at work here.  Brooks writes:

In short, admitting the quality of Kevin’s blog, one of the factors contributing to his influence is the reaction he engenders from people who assume he possesses such influence … which, ironically, has contributed a great deal to his influence.  If people are afraid of him, then he must be saying important things, and maybe we ought to listen to him given the reaction he sparks.  By assuming his influence, Kevin’s critics have helped make him influential.

I don’t doubt that the attention I receive from these quarters fuels interest in the blog and has contributed to my popularity.  In fact, some of my most loyal readers are counting the days until I leave the South forever.  In the end, however, this does not explain the popularity of the blog or suffice as a reason for my increased notoriety.  I suspect that what energizes this particular base is the fact that my blogging has resulted in increased opportunities to teach beyond the confines of my classroom (public lectures/workshops/advisory roles) as well as all kinds of professional writing opportunities.  I would like to think that it is the quality of my blogging as well as published work that is responsible for this success. It is the blog, however, that has allowed me to showcase this work to a broad audience that includes a small handful of folks that are offended by what I do.  It’s impossible to imagine being offered a writing gig or an opportunity to work with high school history teachers if I wasn’t perceived as a competent teacher as well as a competent practitioner of the historical craft.  To put it another way, it turns out that my blogging matters to a great many people from a wide range of backgrounds.  I suspect that this is what drives these folks to lash out in various ways.  My success is a reminder to the folks that Brooks cites in his post that their conversations have no significance beyond the walls of their blogs, listservs, and Facebook pages.

One final point.  Let’s not exaggerate the importance of the folks that Brooks references.  As far as I can tell they represent such a small sample of my readership that they don’t even appear on the radar screen.  They do not represent a significant constituency and they are not engaged in serious discussion about American history and memory.  They are at best a sideshow.  I would much rather focus on the people who have embraced my blog and helped me to better understand a crucial time in our nation’s history.