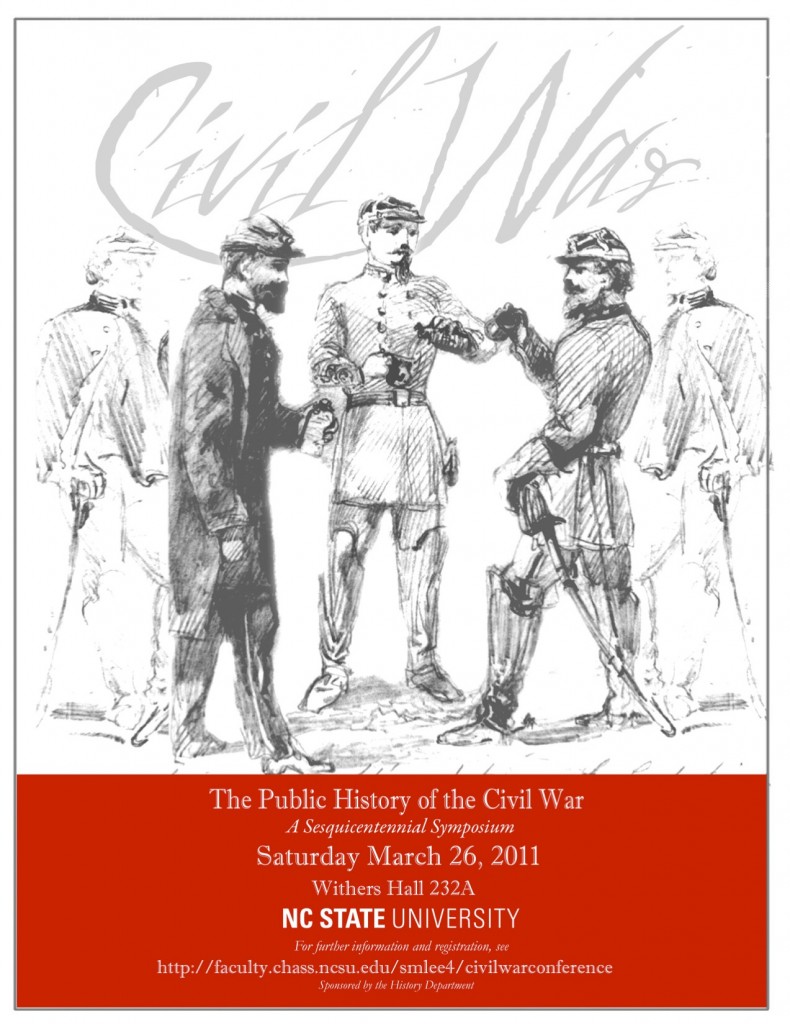 Those of you interested in issues at the intersection of Civil War history, public history, and memory may be interested in an upcoming symposium hosted by North Carolina State University’s history department on March 26.  It’s a one day event, but the panels look to be quite interesting.  The website for the event can be found here and includes a list of panels and participants.  My panel focuses on the challenges of interpreting race at various historic sites and includes Ashley Whitehead (Doctoral Student at West Virginia University, Brian Jordan (Doctoral Student at Yale) and John Hennessy, who will offer his usual words of wisdom following the three presentations.  Here is the title and abstract for my presentation:

Hope to see you there.

Previous post: “Negroes Fighting In the Ranks of the Rebels”