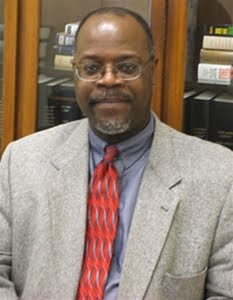 Spend enough time in the confusion that is the black Confederate debate and you will come across a short list of talking points.  One of the most popular references is to Ervin L. Jordan’s Black Confederates and Afro-Yankees in Civil War Virginia, which was published by the University Press of Virginia back in 1995.  It’s one of the very few books on the subject published by an academic press and proponents of this narrative love to cite it.  Unfortunately, as far as I can tell the overwhelming majority of people who cite it provide no evidence that they’ve actually read it.  They simply cite his name and position in Special Collections at UVA, along with one of his claims that historians have engaged in censorship of some kind, as if this constitutes an argument.

I suspect that if certain people actually took the time to read it they would not so quickly reference it to buttress some of the wilder claims about the supposed military service of thousands of free and enslaved blacks in the Confederate army.  Out of 300 pages of text Jordan devotes close to 185 on antebellum slavery in Virginia.  His deep research is supported by a command of the relevant secondary sources, but this section of the book does not introduce much of anything that is new to historians.  In Part 2 Jordan moves to the war, but even in this section very little is devoted to actual soldiering by blacks; rather, he focuses on the various ways that these men found themselves with the army.  There is a chapter on body servants, the precarious position of property-owning free blacks, as well as a chapter on black Union soldiers from Virginia.  Go through this section and you will find very few actual claims about the service of black enlisted soldiers.  What I find most interesting about this book is Jordan’s attempt to carefully delineate the ways they identified with Virginia and the Confederate war effort.  There is much more ambiguity in his analysis than most proponents of this narrative grant and, again, I suspect it is because they have not read the book.  We certainly need to leave room for the notion of black fidelity and loyalty to the Confederate cause, but we must move beyond the self-serving definitions that most Lost Cause adherents apply.

At times, however, I do think that Jordan’s handling of evidence and his analysis of that evidence is questionable.  Rather than look at his book to make my point I want to spend a few minutes with a short essay that Jordan wrote for Richard Rollins’s edited collection, Black Southerners in Gray: Essays on Afro-Americans in Confederate Armies, which was published by Rank and File in 1994.  It is very clear that none of the essays went through any kind of peer review and this seriously diminishes the value of the book.  Jordan offers a short version of some of the claims found in the larger study that is titled, “Different Drummers: Black Virginians As Confederate Loyalists” (pp. 57-74).

In the essay Jordan attempts to scope out the limits of “Afro-Virginian patriotism”:

Black Confederate patriotism took many forms: slaves devoted to their owners, free blacks who donated money and labor, blacks who joined the Confederate army and slaves who loyally supervised plantations of absentee-owners.

What is interesting is that Jordan fails to include one example of an actual soldier.  He certainly has collected a great deal of evidence pointing to the myriad ways in which blacks contributed to the Confederate war effort, but more often than not I am left scratching my head when it comes to the analysis of specific sources.  Here are a few examples:

None of these examples necessarily implies anything close to a patriotic outlook.  In the last example one wonders what freedom could possibly mean for these men without the presence of the rest of their families.

Included in his discussion of the cost of this patriotism to the Confederacy, Jordan presents the following two examples:

But some black Confederates paid a high price for their fealty.  A free black pastor in Hampton named Bailey, permitted to purchase his family’s freedom and two houses, took the Confederate side to protect both.  His fellow blacks considered it a sign of divine justice when his houses were destroyed by fire after Confederates burned the town in the summer of 1861.  Another black Baptist minister, grateful to whites for allowing him to purchase his beautiful daughter and save her from the sexual advances of licentious slaveowners, was so appreciative that he publicly offered the service of himself and his sons to the Old Dominion.  Enraged fellow Afro-Virginians rebuked him for this act and at first he tried to defend his actions with the excuse that he had done what he thought best for his race.  As his congregation dwindled to almost nothing, he became alarmed and desperately attempted to restore himself in their good graces by way of apologies but was ostracized by the black community. (p. 61)

Notice that in neither example are these individuals able to speak for themselves, but in the case of ascribing motive that is absolutely crucial.  I find the latter example to be incredibly interesting and I want to know more, not because it has anything to do with “fealty” but because it seems to tell us quite a bit about divisions within the free black community.  Based on Jordan’s analysis I have no idea as to why this minister made such a gesture.

There is an incredibly rich body of literature that explores patriotism and nationalism among white Confederates.  Here I am thinking of recent studies by Stephanie McCurry, Anne S. Rubin, Aaron Sheehan-Dean, Gary Gallagher, George Rable, and Emory Thomas.  The relevant conceptual analysis that this overwhelming amount of evidence demands is crucial if we are to better understand how white Southerners responded to the demands of war as well as how they viewed themselves in relation to their government.  I am with Jordan all the way in respect to the goal of being more receptive to both free and enslaved black Southerners as historical agents, who occupied a myriad of different spaces that included their own unique set of challenges.  I just don’t believe that Jordan gets us all the way there.