Saying Goodbye to the “Confederate Taliban” 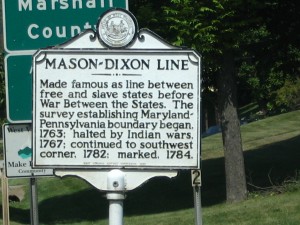 Thanks to Brooks Simpson for providing me with a good laugh as I continue to make the tough decisions about what stays and goes from my library.  Most of you now know that my wife and I are moving to Boston this summer.  The overwhelming majority of emails and comments have been nothing but supportive, but I have received a number of messages that have not been so kind.  These come from a small, but vocal minority that I fondly refer to as the “Confederate Taliban.”  Their hate-filled pronouncements do little more than highlight an inability to intelligently discuss history and in many cases I suspect that their rants are a function of very little, if any, understanding of a history that they claim to own and defend against those they perceive as outsiders.  Oh well.

As I contemplate my life in Boston I find it funny that – all things being equal – I ought to expect the very same attitude in response to my blogging that I’ve experienced here in Virginia.  After all, I will be as much of an outsider in Boston as I am in Charlottesville.  Will there be an equivalent to the Confederate Taliban in Massachusetts that springs into action when a boy from New Jersey asks questions or delves into certain aspects of its past?  When I point out the role of slavery or explore difficult moments in the history of race relations in the region will I hear that the South also had slavery and that it was much worse?  And what will happen if I ask certain questions about John Adams or Col. Robert Gould Shaw?

On the one hand I know the CT will miss me.  They thrive on being able to explain all that they perceive to be wrong by pointing the finger at those they perceive as outsiders.  Interestingly, I never felt like an outsider during my ten years in Virginia, which is a testament to the kindness I experienced from the many new Virginia transplants as well as those who can trace their lineage back to the early years.  In the end, very little about this blog is going to change in terms of content and style.  I know the CT will take comfort in knowing that what I blog about in Massachusetts will still be accessible down here in Virginia.  Perhaps once I am gone they can reorganize and go after those of their own, who have betrayed the sacred cause.

Next post: “The Blue, The Gray, and the Brown”