Update: Check the comments for a response from representatives of SCV as well as a video of Mr. Millburn’s protest. He is quite animated. 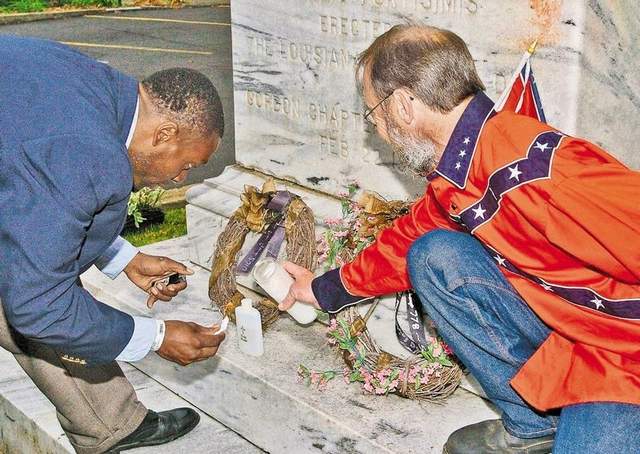