A Black Confederate General That We Can All Embrace? 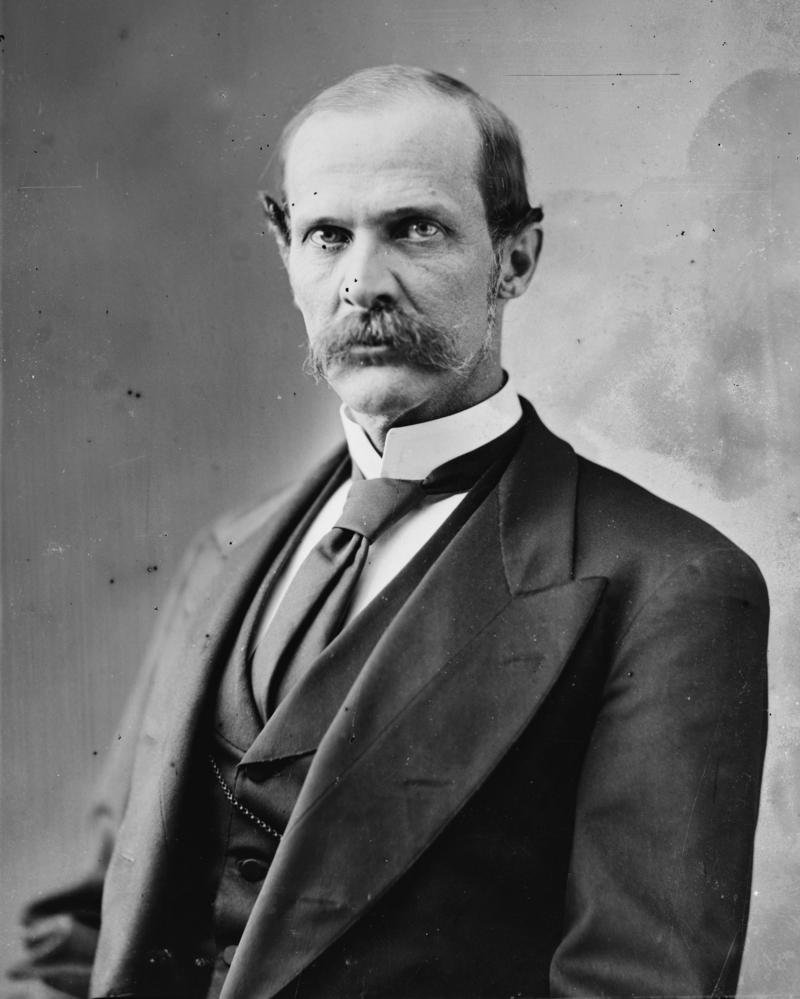 I trust that after this post no one will accuse me of dismissing any and all evidence for the existence of black Confederate soldiers.  Better yet, I give you at least one black Confederate general.  The interesting question is whether the Sons of Confederate Veterans and others will accept him as one of their own.  From The Boston Globe:

Randall Lee Gibson, an urbane, Yale-educated Confederate general, mocked black people as “the most degraded of all races of men.’’ Later, as a US senator from Louisiana, he helped broker the end of Reconstruction, freeing the South to harass and lynch blacks virtually at will…. In the 20th century, his orphaned son, Preston, was raised by an aunt and her husband, who had been a justice on the US Supreme Court that legitimated racial segregation in the infamous case of Plessy v. Ferguson…. What Senator Gibson did not know was that his great-grandfather Gideon Gibson was a free man of color, and a substantial landowner and slaveholder, who led the “Regulators’’ to a successful back-country revolt in Colonial South Carolina. To his peers, the author contends, Gideon Gibson was neither black nor white but merely rich and respected. His marriage to a white woman further blanched his progeny, and their relocation to Mississippi and Louisiana allowed the family’s African-American past to fade away altogether.

The following passage comes from a review of a new book that explores the complex web of racial identity through the experiences of three families that straddled the the racial divide.  Gibson’s life is also the focus of a recent biography by Mary Gorton McBride, titled, Randall Lee Gibson of Louisiana: Confederate General and New South Reformer

(Louisiana State University Press, 2007).  In 1876 Gibson was attacked by former Republican governor James Madison Wells, who accused him of being “colored” in the pages of the New York Times.  Gibson followed up by consulting with two historians in Mississippi concerning his family history.  Apparently neither Gibson nor his siblings had any knowledge of their black ancestors, but what is more interesting is that the accusations apparently had no impact on how he viewed himself or on society’s acceptance of Gibson as a “white” leader.