But Will They Come To the Battlefields? 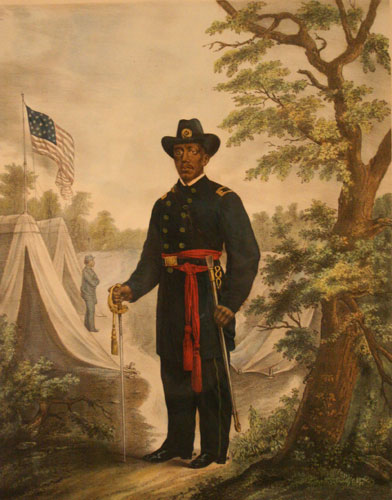 I am beginning to think about what I am going to say next Saturday at North Carolina State University for their symposium on the Civil War and public history. My talk will focus not only on the challenges surrounding the discussion of slavery and race at our Civil War battlefields, but specifically the difficulty of attracting African Americans to these sites. I will look specifically about the steps taken by the National Park Service at the Petersburg National Battlefield.

I’ve learned a umber of things in the course of my research on the Crater and public history/historical memory.  For any number of reasons we’ve underestimated the level of interest in the Civil War within the African American community.  In Petersburg public interest could be found in the postwar years in local churches, in black militia units, and in local schools.  A heightened awareness of the role of African Americans in the Civil War can be found in the 1950s and 60s in such popular magazines such as Ebony and Jet.  Over the course of the past year we’ve seen ample evidence of African Americans embracing the Civil War.  The level of interest is directly related to the wide range of events that can be found in museums, historical societies, educational institutions, and other private organizations.  Despite what the mainstream media would have us believe, we are witnessing a profound transformation in our collective memory of the war compared with just a few short decades ago.

The National Park Service has led the way in broadening the general public’s understanding of the war and the meaning of our most important historic sites.  Consider John Hennessy’s recent tour of Fredericksburg, titled, “Forgotten: Slavery and Slave Places in Fredericksburg”, which attracted roughly 70 members from the area’s historic black churches.  John’s optimism is tempered somewhat by the comments he heard from a few people:

“Are you going to get in trouble for doing this? You know…your bosses. I didn’t think you guys were allowed to do things like this.” During the day, I received a number of comments along the same line, suggesting surprise that we, the NPS, would do a tour dealing with slavery.

I have little doubt that the public perception of the NPS among African Americans will continue to improve with continued programming that reaches beyond traditional narrative boundaries.  The NPS in Petersburg has also taken steps to reach out to the local black community with, among other things, a series of walking tours of downtown Petersburg.  Again, all of these things bode well for the future.

The question that I have, however, is whether we are likely to see these results replicated on the battlefields themselves.  The title of my talk is, “When You’re Black, the Great Battlefield Holds Mixed Messages”, which was pulled from a recent New York Times editorial.  The editorial was written by a black man, who had visited the Gettysburg battlefield.  It’s one thing to be able to offer tours that point out local landmarks relevant to black history, but what about the battlefields themselves?  All of our Civil War battlefields connect with the broader story of emancipation and the end of the slavery, especially sites such as the Crater in Petersburg.

Here is the challenge: Regardless of how the issue is framed, African Americans have little patience when it comes to the display of the Confederate flag – even on a Civil War battlefield.  I heard this over and over in my discussions within the African American community of Petersburg.  This is not simply a matter of working through recent memories of the 1950s and 60s, but with how the war itself is remembered.  In other words, there seems to be little tolerance for maintaining a distinction between attempts at historical accuracy on the battlefield and the pain of having to confront this particular symbol.  One individual suggested that the display of the flag suggests on some level an implicit approval for what it represented.  Others conveyed the feeling that they were not welcomed at these particular sites.  This is one of the “mixed messages” that must be understood if we are to see progress here.  These perceptions have had a long time to fester and take root and there are no easy solutions.